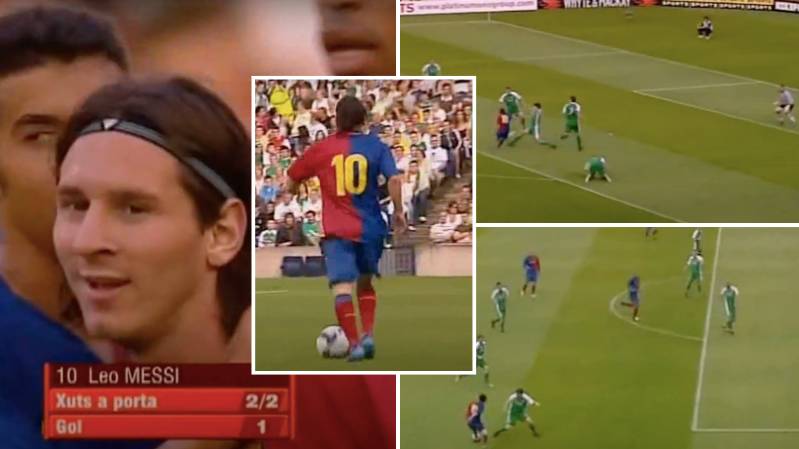 When Lionel Messi first wore Barcelona’s No.10 shirt against Hibernian

On this day 14 years ago, Lionel Messi wore the No.10 jersey for the first time in what was the start of something very special.

He wore the No.10 for the first time in Blaugrana colors in a pre-season friendly against Scottish side Hibernian at Edinburgh’s Murrayfield stadium.

ON THIS DAY: In 2008, Lionel Messi wore the Barcelona No.10 shirt for the first time.

The rest is history. The GOAT trip 🐐 pic.twitter.com/qpKA7dIjID

Barca won 6-0, with Messi scoring a stunning goal and assisting Pedro’s World Cup with his new number behind his back.

He also had another goal wrongly disallowed for offside by the referee, but that didn’t matter much as Eidur Gudjohnsen bagged a brace and Bojan Krkic and Yaya Toure were also on the scoresheet.

Pep Guardiola’s men didn’t even have their names on the back of the shirts, but everyone knew who they were at the end of the campaign as they won the La Liga, Champions League and La Liga treble. Copa del Rey.

Messi scored 38 goals in all competitions that season and reached an impressive 630 for the club wearing number 10.

Messi’s brilliance with the No.10 on his back was so out of this world that Ronaldinho, the man he inherited him from, expressed his intention to retire Barca in his honour.

But the seven-time Ballon d’Or winner politely declined his offer and instead took the No.30 shirt – his very first number.