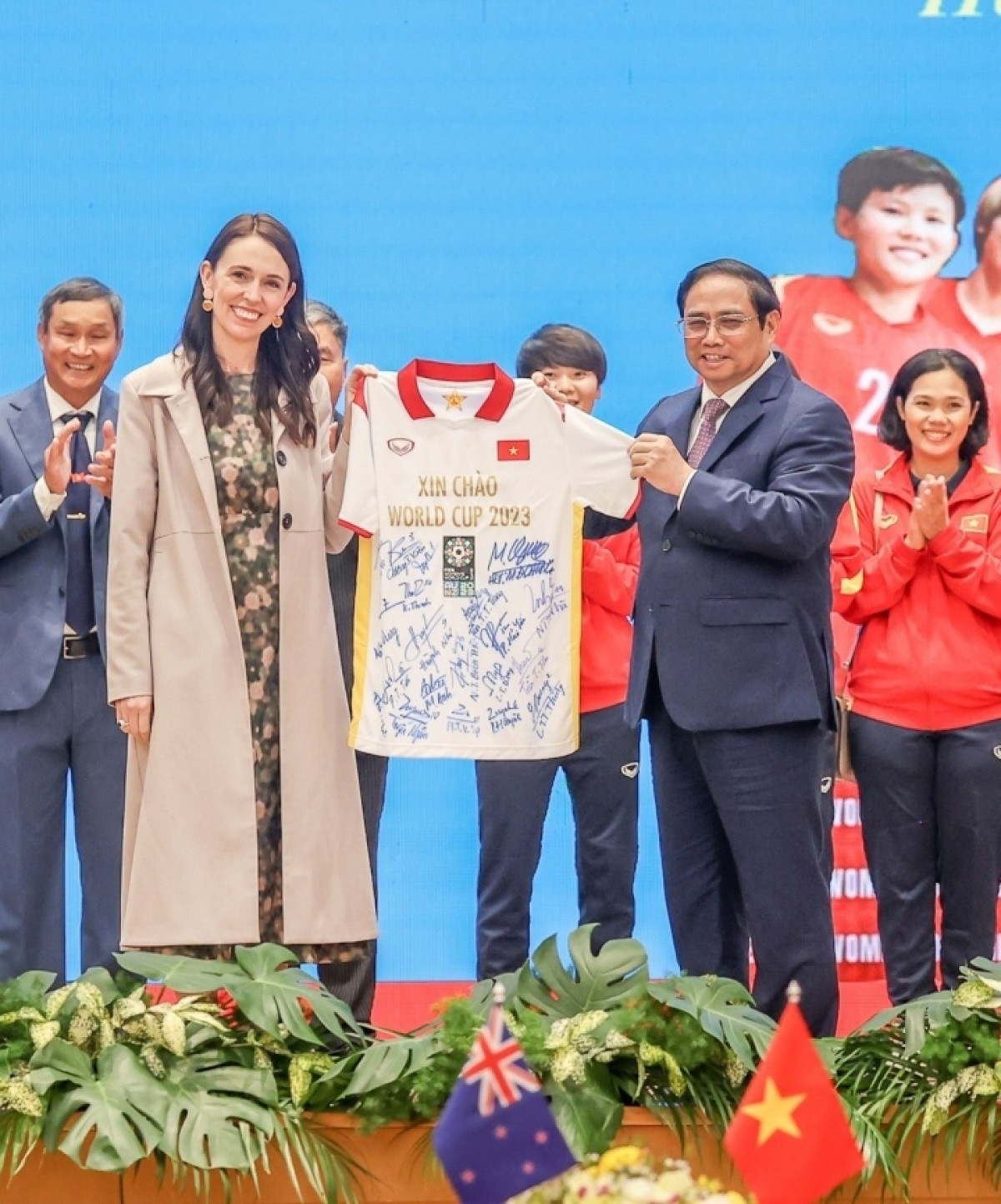 This follows the two leaders’ reunion with the Vietnam women’s national football team.

During the event, PM Chinh donated a complete jersey with all the signatures of the Vietnamese team players to PM Ardern.

Both leaders expressed their hope that the women footballers from both countries will perform well at the next FIFA Women’s World Cup to be held in Australia and New Zealand in 2023.

The competition marks the first time that Vietnam has advanced to the final of the prestigious international tournament.

Vietnam were drawn in Group E and will face defending champions USA on July 22, a play-off winner on July 27, followed by the Netherlands on August 1.

The FIFA Women’s World Cup 2023 will be the ninth edition of the global tournament, the quadrennial world championship for women’s national football teams organized by FIFA.

The 2023 tournament will be hosted jointly by Australia and New Zealand from July 20 to August 20, 2023. The event will be the first time the FIFA Women’s World Cup has two host nations, with 32 teams competing for the trophy, instead of 24 as in previous editions.