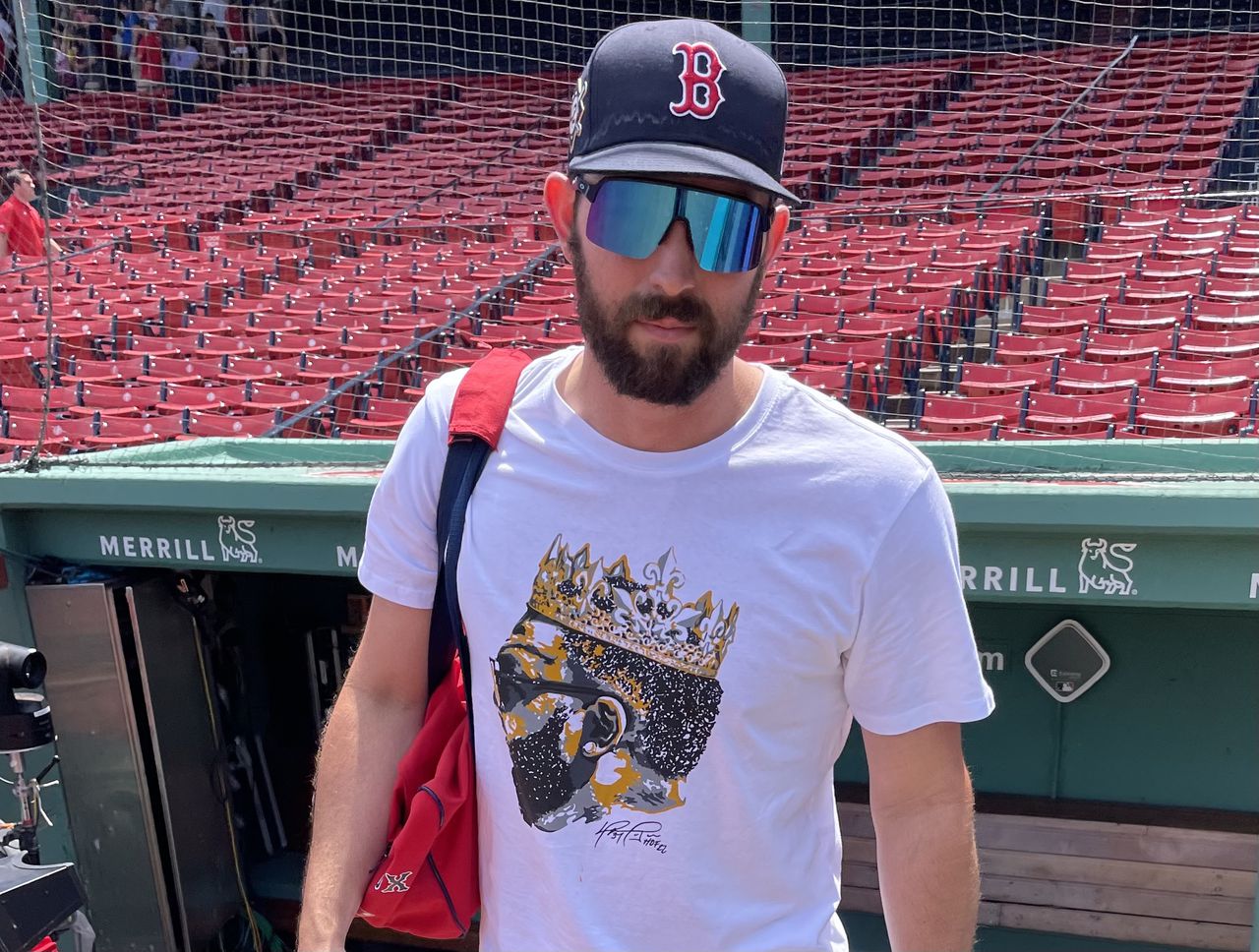 Ortiz will be inducted into the Hall of Fame on Sunday.

Manager Alex Cora also wore one of the shirts during his pre-match press conference.

Cora does not know who is responsible for making the t-shirts.

“Somebody put it on my chair,” Cora said, laughing and showing the shirt. “Yeah, that guy.”

Several of Ortiz’s former teammates, including Jason Varitek, the Red Sox’s game planning coordinator, will be in Cooperstown for Sunday’s ceremony.

Varitek was hesitant to sit out a three-game series against the Blue Jays this weekend at Fenway Park.

“He fought a bit but I was like, ‘Nah, bro. You gotta go,’ Cora said on Friday. “Obviously he’s the captain. He means a lot to David and the teams on which David played here. Having Jason there, at least on my side, is fine with me. Let Jason go, enjoy it and he can talk about it the next day.

Varitek, Pedro Martinez, Johnny Damon and Dustin Pedroia are among Ortiz’s former teammates who will be in attendance.

JD Martinez update: Boston Red Sox DH still suffering from back spasms but could return in next two days

David Ortiz Hall of Fame induction: Red Sox star got advice from Pedro Martinez: ‘Remember where I’m from, be me, have fun’

When Lionel Messi first wore Barcelona’s No.10 shirt against Hibernian