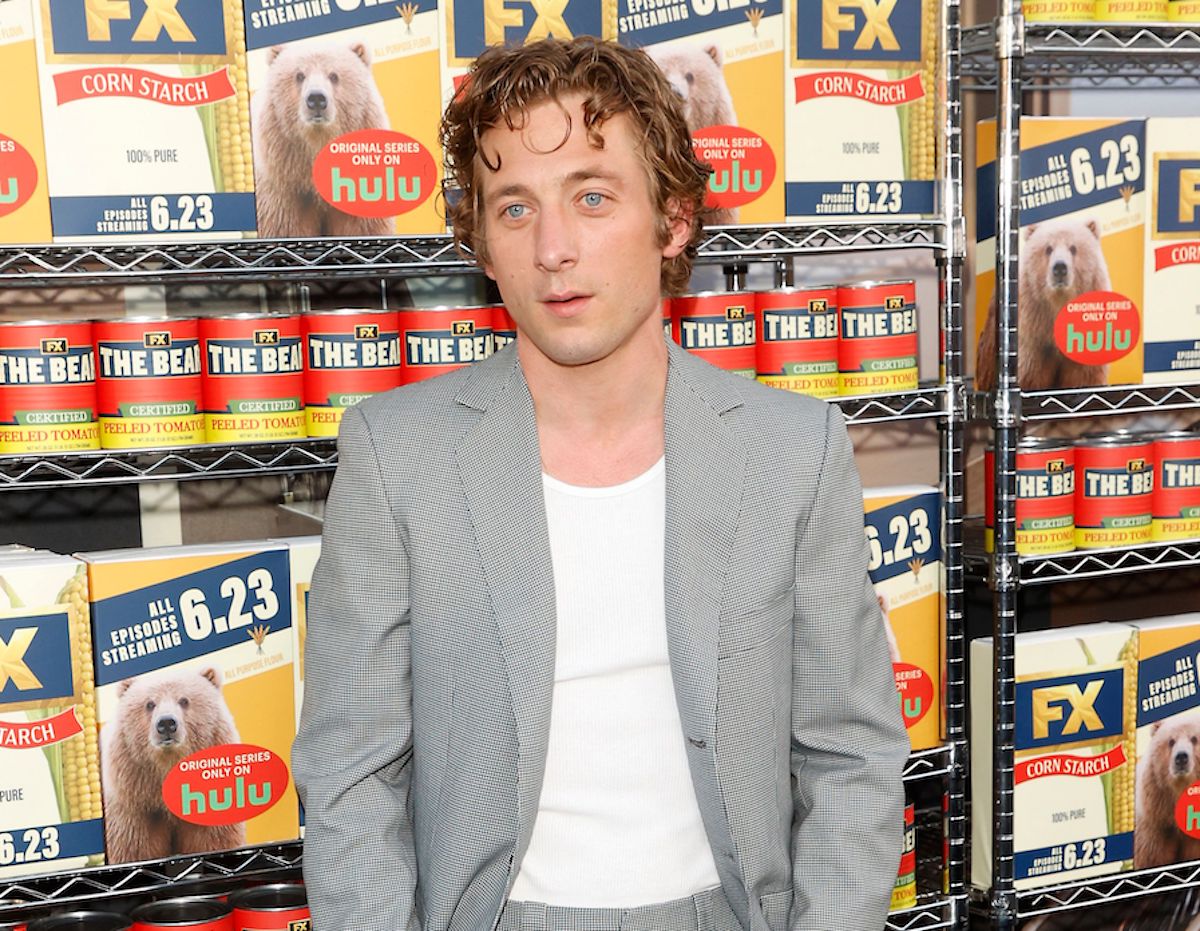 Carmy’s white t-shirts are part of the Original Beef of Chicagoland uniform. He wears them while shouting kitchen lingo and trying to make ends meet at the restaurant. Selected by the costume designers of the show, the uniform is inspired by real kitchens.

Early on, Cristina Spiridakis, who designed the pilot’s costumes, and Courtney Wheeler, who directed all episodes thereafter, had an idea for the uniforms. They imagined white t-shirts, black pants and comfortable shoes.

“It’s a real thing we’ve seen in kitchens,” Spiridakis said. Vulture. “It’s not a concept that we invented.”

Blue aprons, a throwback to Carmy’s days as a top chef, complete the look. They also have a connection to real kitchens.

The costume designers sourced the blue aprons seen on the show from the French Laundry, one of the prestigious restaurants where Carmy worked before returning home.

Carmy’s apron and those of his colleagues at Beef are actually the ones the French Laundry didn’t want. “They sold us some that they considered imperfect, but they were beautiful,” she explained.

Carmy’s white t-shirts on ‘The Bear’ are Merz b. Schwanen and Sugar Cane by Hinoya

“Carmy comes from a place in the food business where you have to care about how you present yourself. He’s not just wearing a white undershirt,” Courtney Wheeler, who served as costume designer on episodes two through eight, said.

So what did the costume designers choose as a must-have white t-shirt for Carmy? A $95 cotton t-shirt from German brand Merz b. Schwanen, whom they had adapted to fit Allen.

Per Vulture, the costume designers scooped up as many white t-shirts as they could get their hands on. In addition, they bought Sugar Cane by Hinoya t-shirts as backup. Described by Wheller as “very heavy” with “thickness,” a two-pack costs $90.

“I had no idea that by finding the sexiest white t-shirt possible, Jeremy would become some kind of sex symbol,” Spiridakis added. “I get 10 DMs a day about this t-shirt.”

In a rare flashback as Carmy enjoys a relaxing evening with his family, the professional chef turned sandwich shop owner isn’t wearing a white t-shirt. Instead, as his brother Michael (Jon Bernthal) reminisces about a wild night out, he cooks dinner while wearing a long-sleeved henley shirt.

Carmy’s sister, Sugar (Abby Elliott), is there. The same goes for Richie (Ebon Moss-Bachrach), Michael’s best friend and now Carmy’s colleague. “It’s one of the only times we don’t see Carmy in a white T-shirt,” Wheeler said of the episode six scene.

“We wanted to set the tone of warmth and familiarity,” she explained. “Michael cooks this meal every Sunday, and maybe the Bears game is on. It’s about who these people were back then and who they are together.

the bear Season 1 is streaming on Hulu.