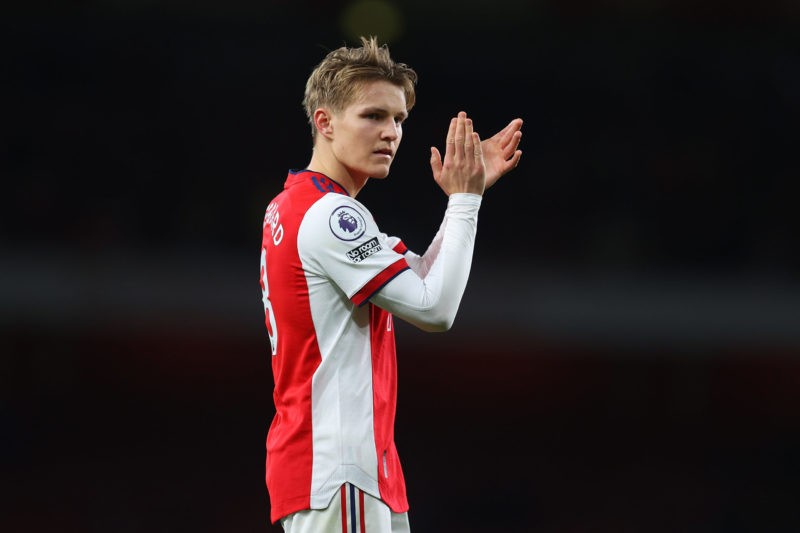 The 5 most popular Arsenal player names on new fan shirts

Arsenal recently released their new home kit and are tracking the most popular names among supporters.

Odegaard tops the list, with Bukayo Saka in second, Gabriel Martinelli (and his new number 11) in third, Emile Smith Rowe in fourth and Takehiro Tomiyasu in fifth.

It’s certainly no surprise to see Arsenal’s young contingent playing so well with the fans. The youngsters have really had to carry the team this season, often with little support from players much older and more experienced than them.

Combine that with the fact that Arsenal fans are hoping the five players above will be around for many years to come, and they seem like safe bets for the new shirt.

It’s perhaps a little unexpected to see Odegaard top the charts, given the popularity of Martinelli, Smith Rowe and Saka in particular – all of whom have been at the club longer.

But Odegaard took over as captain towards the end of the season, and perhaps his status as a fan favorite got a boost as a result.

After a strong first full campaign with Arsenal, the Norway international is hoping to move on and achieve even more in his second season.

One benefit of Odegaard’s situation for Arsenal next season is that he won’t be leaving for the Winter World Cup. While that’s a shame for him, it does mean he can stay fully focused on the Gunners and is less likely to suffer from the fatigue that others might face.