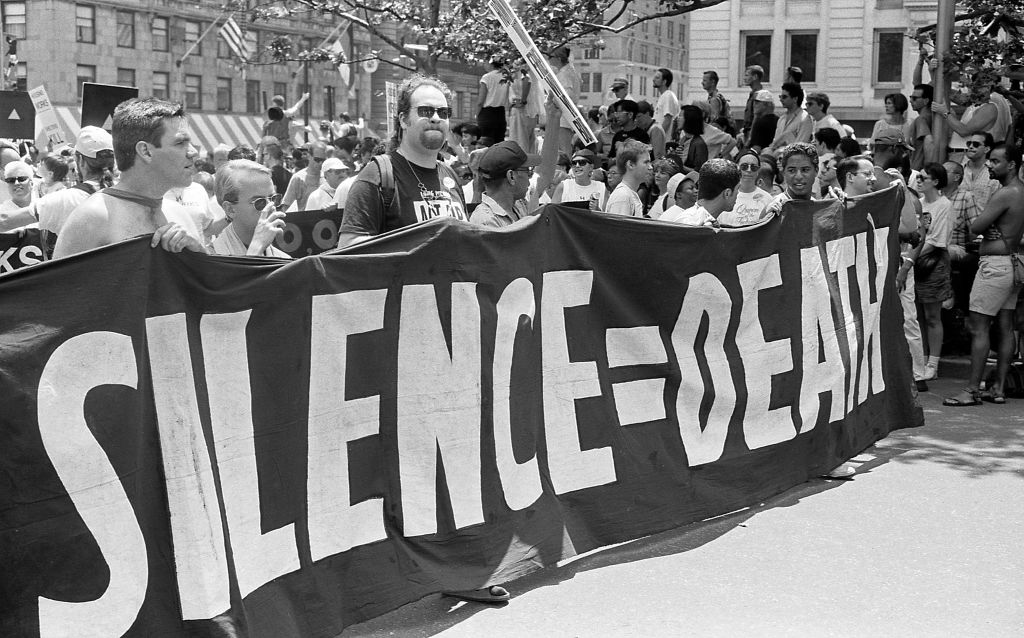 Target is accused of selling merchandise with the LGBTQ rights slogan “Silence = Death” without permission and without compensating the nonprofit organization that owns the rights to the phrase.

Social media users noticed a “Pride Adult Silence Is Death” shirt on Target’s website, with the article’s listing noting that the online-only garment was a collaboration with Project Phluid, a clothing brand that advertises “genderless and goal-oriented purchases”. , with a spotlight on queer, trans, black, Latina and female-owned brands,” according to its website.

However, the slogan “Silence = Death” and the logo of the inverted pink triangle – the triangle was used by the Nazis to identify and persecute homosexuals from 1933 – have long been associated with the organization AIDS Coalition to Unleash Power ( ACT UP), who received the rights to the symbol and phrase from the Silence=Death project that coined it in 1987.

On Twitter, when asked if they were aware of the Target item and if they received proceeds from its sale, ACT UP wrote, “We can tell you: No. @Target and @phluidproject did not get permission to use “SILENCE = DEATH” art. We have been fighting the commodification of AIDS for years and this is the latest edition.

We can answer you: No. The two @Target and @phluidproject did not get permission to use “SILENCE = DEATH” art. We have been fighting the commodification of AIDS for years and this is the latest edition. If you want to support our work, buy from us: https://t.co/MxdVFQEypz https://t.co/1b7s4kEx2m

The shirt is still on sale on the Target site as part of a larger Pride-themed collection. “This product honors the challenges of a generation of predominantly gay men facing ignorance and injustice,” the item description reads. “In the 1980s, gay activists in New York reversed the pink triangle used to identify gay people in Nazi concentration camps and added the slogan ‘SILENCE = DEATH’. At the height of the AIDS crisis, they plastered this image across the city and issued a manifesto declaring that “the silence on the oppression and annihilation of homosexuals, past and present, must be broken for our survival”.

ACT UP added of the unauthorized T-shirt: “If you want to support our work, buy from us: give.actupny.com/gear/.”