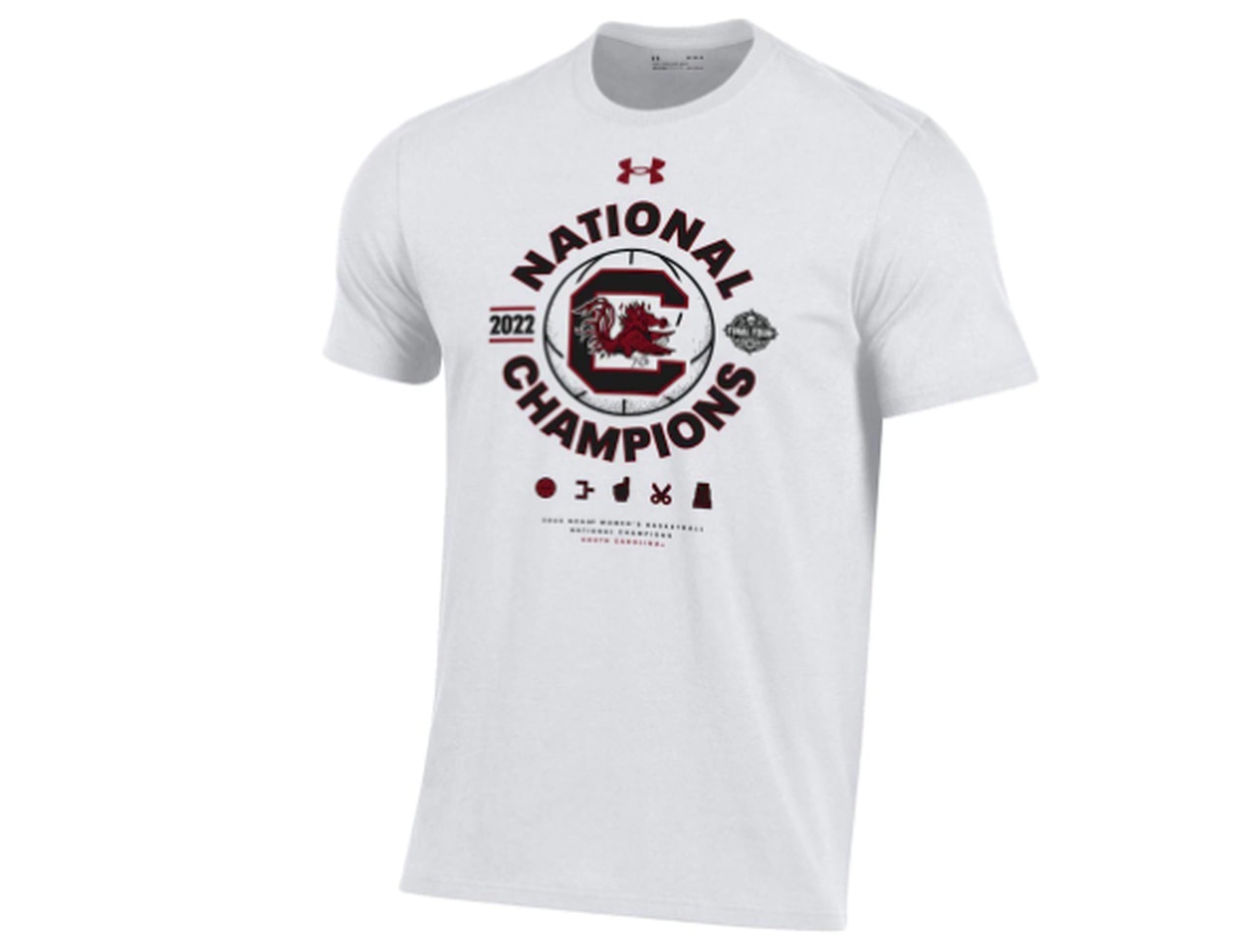 South Carolina women’s basketball team is the 2022 national champions and merchandise commemorating the Gamecocks The NCAA title was released minutes after Sunday night’s game, including lots of shirts and hats.

The most popular items are the official South Carolina Nationals locker room t-shirts (women’s sizes for $34.99; and men’s sizes for $31.99; and youth sizes for $29.99), as well as the official National Champions Hats ($34.99) that players wore on the court in Minneapolis after the top-seeded Gamecocks beat No. 2 UConn. South Carolina won, 64-49. Caroline from the south Final Four Shirts ($31.99) and Final Four Hats ($34.99) are also for sale.

Free US shipping is available on orders over $39 using promo code ZIPFREESHIP at checkout.

To make it easier to find what you want, check out the following South Carolina Gamecocks index pages to see the latest merchandise options:

Or see all the latest South Carolina products for sale

Here’s some of what the Associated Press wrote about the game:

Dawn Staley and South Carolina strengthened their defense and won their second national championship, stifling UConn for a 64-49 win Sunday night that ended the Huskies’ unbeaten streak in title games.

With Staley in charge in a $5,000 letterman jacket, South Carolina took UConn to school on the boards and crowned a wire-to-wire run as the nation’s No. ‘Associated Press. The Gamecocks also won the championship in 2017 with A’ja Wilson leading the way.

This time it was Boston – the AP Player of the Year – and her South Carolina teammates who dominated the game’s biggest stage. The Gamecocks edged UConn by 25, including a 21-6 advantage over the offensive boards. They also put down star Paige Bueckers and the Huskies (30-6) on defense, as they have done all season.

It was South Carolina night from the start. The Gamecocks (35-2) took an 11-2 lead, grabbing almost all the rebounds at both ends of the field. They were leading 22-8 after one quarter to the delight of their loyal fans, who made the trip to Minneapolis to be part of the sold-out crowd.