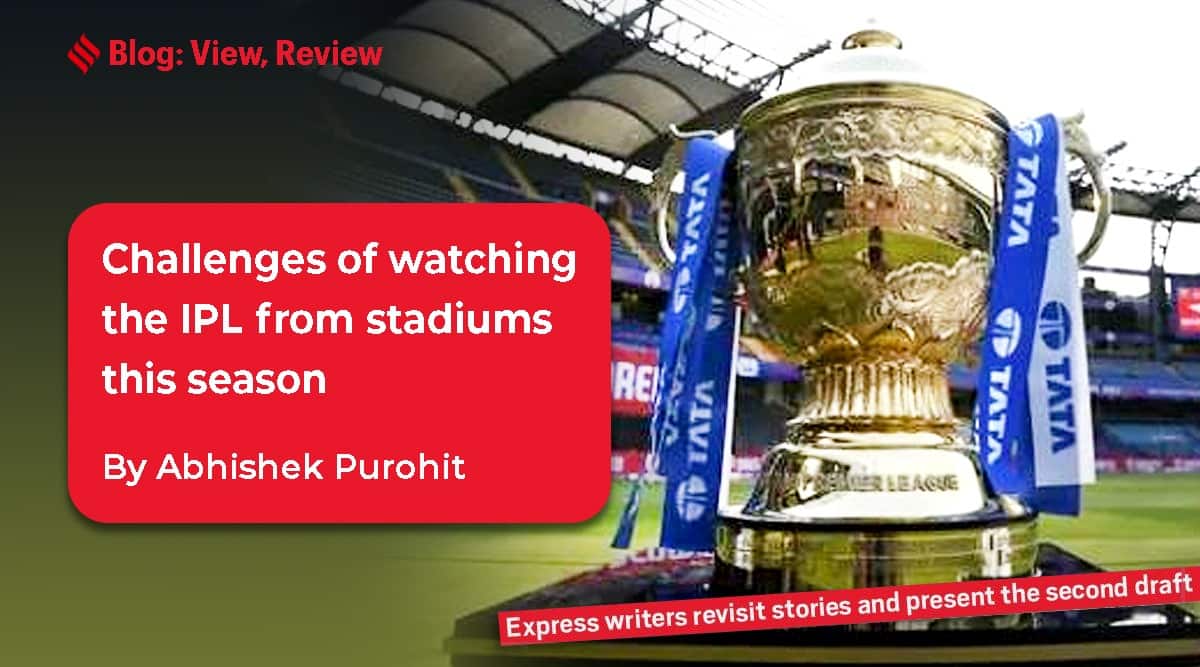 Fifty-five matches in 58 days. That was before two more matches were moved from Pune, making it 57 IPL 2022 matches in Mumbai. It was going to be impossible, both physically and mentally, for anyone to cover all the matches from the three venues, two in South Mumbai and one across the creek in Navi Mumbai. But when something so unprecedented happens in your backyard, a part of you wants to be a part of it. And after watching 34 matches in eight weeks, I’ve come to understand even more why cricketers talk about playing hour by hour, session by session, day by day…the ‘one game at a time’ cliché.

It started with what seemed like a very reasonable goal to get out there for the first week or two and then assess how much it took from the mind and body. The first ten days or so were the hardest. A tight finish at 11:30 p.m. meant leaving the pitch around midnight and at least a 1-1:15 a.m. finish for the drive home. Sleep wouldn’t come until 2:00-2:30 after all that late activity. It was the kind of routine that can quickly drain any initial enthusiasm into groggy mornings and dazed afternoons. After about the first week, it already felt like the IPL was going on from the beginning of the year. Some nights I’d find myself staring into the floodlights at Wankhede Stadium – where they’re almost directly in front of you if you’re seated in the front two rows of the media box – and almost passed out.

The Wankhede Stadium was scheduled to host 20 IPL matches with the final match on May 22 between Punjab Kings and Sunrisers Hyderabad. (Case)

But after those first few days, something else started to happen. Routine and cricket have started to build momentum of their own, and last week, pleasantly surprised that you’ve overcome it all, you really want to go all the way.

Journeys to Wankhede and Brabourne have always been straightforward, although changing at Dadar station can test your sanity during the evening rush hours (but then you still put your sanity on the line if you chose to spend most of your still life in Bombay). But the travel itinerary to Navi Mumbai has been refined. If I took a rickshaw from my house and waded through the traffic from Ghatkopar to Tilak Nagar station on the port line, I could bypass the lift platforms at Ghatkopar and Kurla stations. From there it was a windy 25 minute dash to Jui Nagar, where shared autos waited just outside the station exit to rush you to the main signal outside DY Patil Stadium.

Spectators at Brabourne Stadium during IPL 2022.

Even in the heat of a May evening, the light breeze blowing the train over the Vashi Stream Bridge would restore some of the humidity-sapped spirit. The sight of flamingos painting the Navi Mumbai side of the creek pink with the size of their flocks (aptly called flamboyance) was so soothing, beyond which shone the spotlights of DY Patil in the distance. Eventually, I would end up covering the most DY Patil games, thanks in large part to the many co-workers whose cars made the journey home much smoother on many occasions.

Small stars filter through memory as one game seems to blend into another. Unlike Wankhede and Brabourne, the number of hawkers selling t-shirts, caps, bottled water etc. easily exceeded the number of men outside DY Patil. Trying to interest fans in one of the new teams, Lucknow Super Giants, a salesman shouted “Gautam Gambhir, Gautam Gambhir” just outside the steps of Churchgate station. More and more Hardik t-shirts could be spotted on trains over the weeks as the Gujarat Titans lured fans to their success.

Captain Pandya received increasingly respectful ovations as he batted out, his slow walk seeming to be deliberately imbued with appreciation. Dinesh Karthik and Ravichandran Ashwin became crowd favourites; after DJ Wankhede urged the crowd to cheer on bowler Kartik Tyagi, the stadium stopped and shouted “DK, DK” instead. “Ashwin, Ashwin” sounded not after a wicket, but after a driving six.

The loudest cheers were still reserved for when MS Dhoni went out to bat; it’s something to experience this from the outdoor media installation of the Cricket Club of India; the deafening display of affection is for the legendary life’s work, not where the Chennai Super Kings are in the points table or how many runs the man himself has scored this season.

And everything Virat Kohli does is met with adulation. The most regulatory cover stops are enough. Or a mock throw at the end of the non-striker. It’s almost like they feel like he could disappear into thin air at any moment, after his crowns and captain form, so they want to get the most out of him while they can still see him.

Contrary to apprehensions, the pitches held until the end of the tournament, in what must be a massive feat in peak summer conditions. Game 66 produced 418 points and a jaw-dropping two-point margin of victory for LSG over Kolkata Knight Riders at DY Patil. In mid-May, KL Rahul kicks the ball so easily over extra cover at CCI that it looks like he’s gone all the way to Nariman Point. The night Umran Malik starts breaking stumps in Wankhede, there’s something about his run that convinces you he’ll keep breaking them throughout his spell. The real bravehearts however are the wrist spinners… Yuzvendra Chahal, Kuldeep Yadav, Rashid Khan, Wanindu Hasaranga. Night after night, they keep throwing the ball, actively seeking punishment and inflicting it on greedy batsmen instead. And it’s on the pitch, as opposed to TV, that you’ll be struck by the amount of thought and effort the field crews put into a single delivery against the threat of Andre Russell.

Mumbai continues to play match after match flawlessly even for the sweltering Sunday afternoon games in the city, enduring a severely restricted rail network amid weekly ‘megablocks’. It may be a domestic bias, but it’s nearly impossible to imagine any other city not losing its appetite through this summer T20 frenzy. Then again, it’s hard to imagine three grounds in any other Indian megacity pulling together the biggest cricket league in the world with such efficiency that it’s almost invisible. Do it again next year, you say? No thanks.