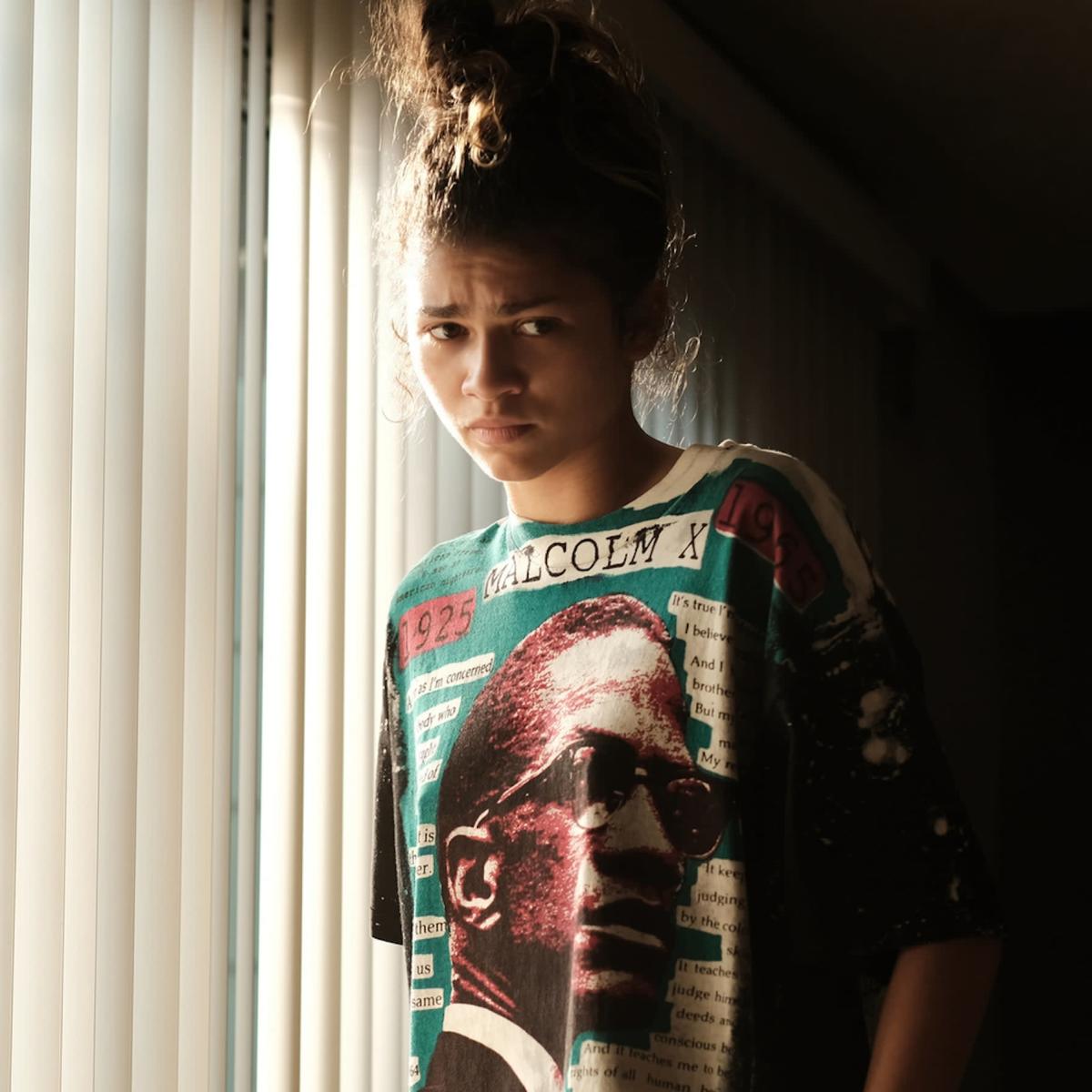 Another week, another sneaky “Euphoria” Easter egg hidden among the drama. During the sixth episode of Season 2, Rue (Zendaya) wears an oversized Malcolm X graphic t-shirt that fans on Twitter instantly recorded as a rare find from clothing brand Mosquitohead, but the clothing choice is not. not just a tribute to the late civil rights leader in honor of Black History Month — it’s also a subtle reminder of a past conversation between Rue and Ali (Colman Domingo).

To truly appreciate this full-loop moment, let’s rewind to the first of two “Euphoria” special episodes, “Trouble Don’t Last Always,” which aired in December 2020. While Rue and Ali chat over pancakes at a dinner party the night before Christmas Day, Ali discusses Malcolm X’s personal journey to effect social change and how America was generally more receptive to the less radical methods of Martin Luther King Jr. Rue nonchalantly replies, “Maybe I’ll start a revolution like Malcolm X or something”, which puts Ali on a tangent about the amount of revolutions, well, revolutionized despite the years.

Related: Which Euphoria Character Talks About Your Style? The answer could be complicated

“A real revolution has no allies,” he says. “It’s as simple as that, because a real revolution – not fast, not fast, not trendy, but a real fucking revolution – is basic, spiritual. It’s a complete decimation of its priorities , beliefs and way of life.” After discussing the seriousness of his addiction, he adds: “Your only hope is a revolution, but a real fucking revolution, inside and out. But you have to go all the way. . You just have to commit to it, every day, and know that you can always do better and be better.” The revolution he is referring to is, of course, his path to sobriety and how it won’t be easy.

Fast forward to episode six of season two, and Rue – who is experiencing severe opiate withdrawal after his trip to Laurie’s – calls Ali on the phone to apologize for using his past parenting mistakes against him. During the tense and emotional conversation, she wears baggy sweatpants and the vintage T-shirt with Malcolm X’s face and quotes pasted on the front. It looks like “Euphoria” costume designer Heidi Bivens chose to dress Rue in the eye-catching piece as an indication that she took Ali’s advice to heart, and that her apology is (hopefully) the first step in… a long road to healing ahead – his own personal revolution, if you will. Symbolism and character growth – we like to see it.