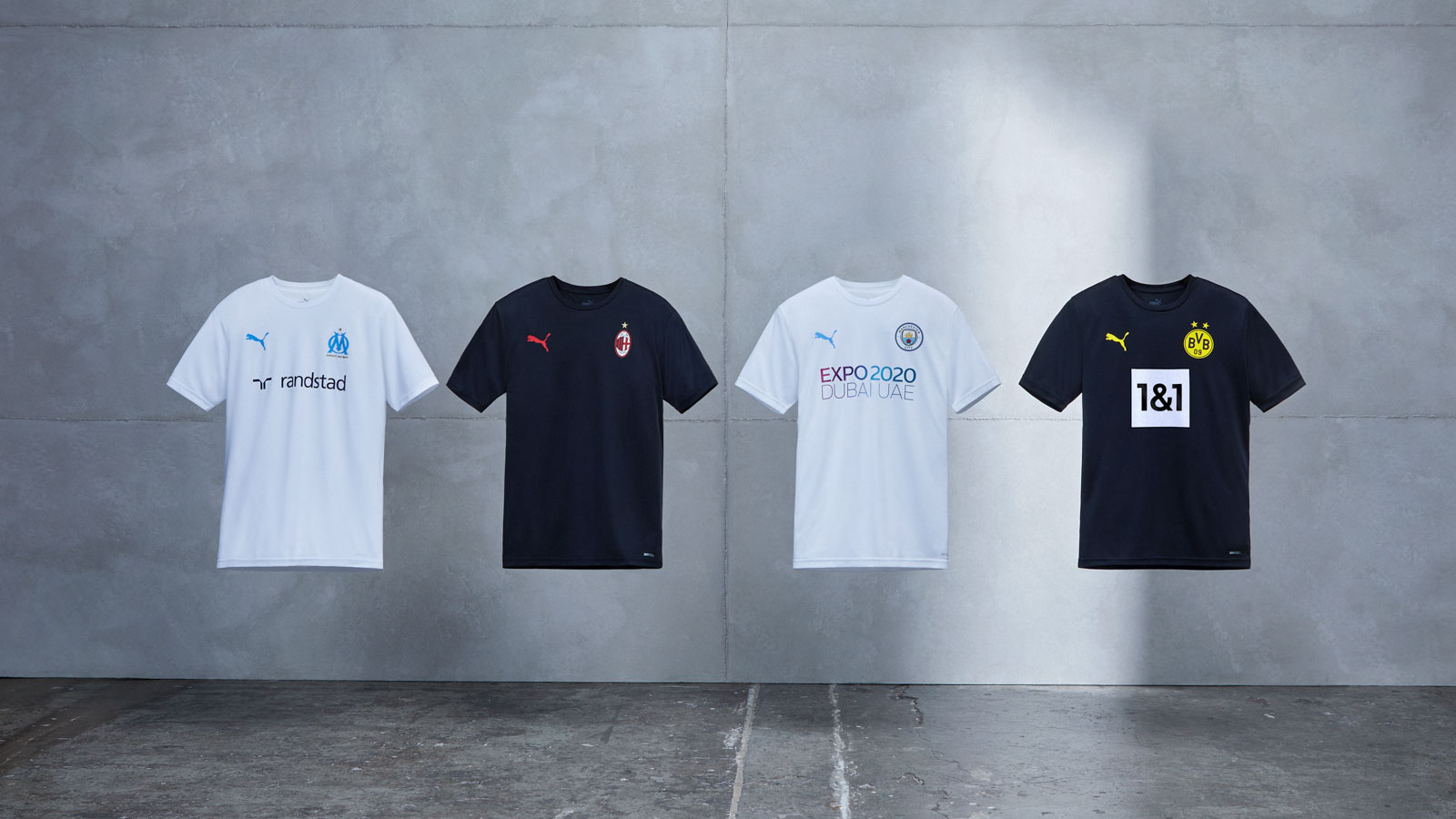 PUMA is testing an innovative new process that will allow them to recycle existing football kits to create new ones for the very first time.

The RE:JERSEY project uses football kits as the main ingredient to create yarns for the new jerseys, a process that was previously not possible due to the complex composition of the fabrics involved in the production of the kits, best seen in the details such as brand logos, club badges and sponsor crests.

While most major brand football kits on the market today are already made from recycled materials, RE:JERSEY kits are made with 75% reused football jerseys. In the new recycling process used for the RE:JERSEY project, garments are chemically broken down into their main components, the colors are then filtered out and the material is chemically reconstituted to create yarn.

The first products produced under the RE:JERSEY project will be worn on the pitch during pre-match warm-ups by PUMA Clubs Manchester City, AC Milan, Borussia Dortmund and Olympique de Marseille. The teams will wear the shirts ahead of their respective league matches at the end of April and May, starting with Manchester City against Watford on April 23.

PUMA’s move is just the latest move to make football more sustainable as kit culture comes under increasing scrutiny. While Napoli have worn 13 kits so far this season, Brentford have announced that their current home shirt will carry over to next season.