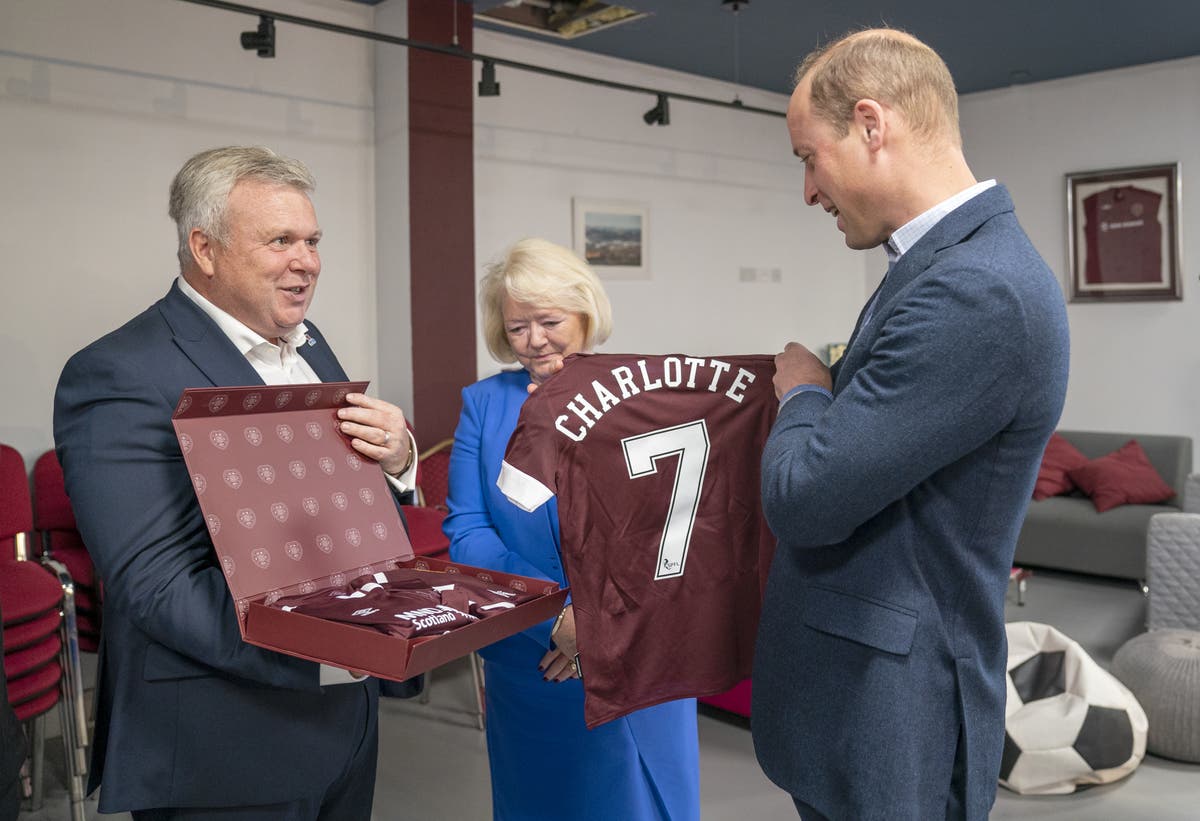 The father-of-three – who shares his three children Louis, George and Charlotte with the Duchess of Cambridge Kate – beamed as he held up the Heart of Midlothian football shirts.

During his visit, the royal toured the stadium.

He also watched The Changing Room program which was launched by the Scottish Mental Health Association in 2018 and was broadcast to football clubs across Scotland.

William and Kate have been busy with royal duties since arriving in Scotland.

The Cambridges spent their day in Glasgow on Wednesday where they visited St John’s Primary School and also met people helped by the Wheatley Group – a housing, care and property management group.

It comes after the Duke and Duchess of Cambridge sent a special message to Deborah James and her family.

The couple also donated to the fund set up by the activist who is receiving end-of-life care for bowel cancer.

In a personal tweet written by William and Kate, they said: “Every once in a while someone captures the heart of the nation with their zest for life and their tenacious desire to give back to society.

“@bowelbabe is one of those special people. Her tireless efforts to raise awareness for bowel cancer and end the stigma of treatment are inspiring.

“We are so sad to hear his recent update but delighted to support the @bowelbabef, which will benefit the @royalmarsdenNHS among others.

“Deborah, our thoughts are with you, your family and your friends. Thank you for giving hope to so many people living with cancer. BATHROOM.