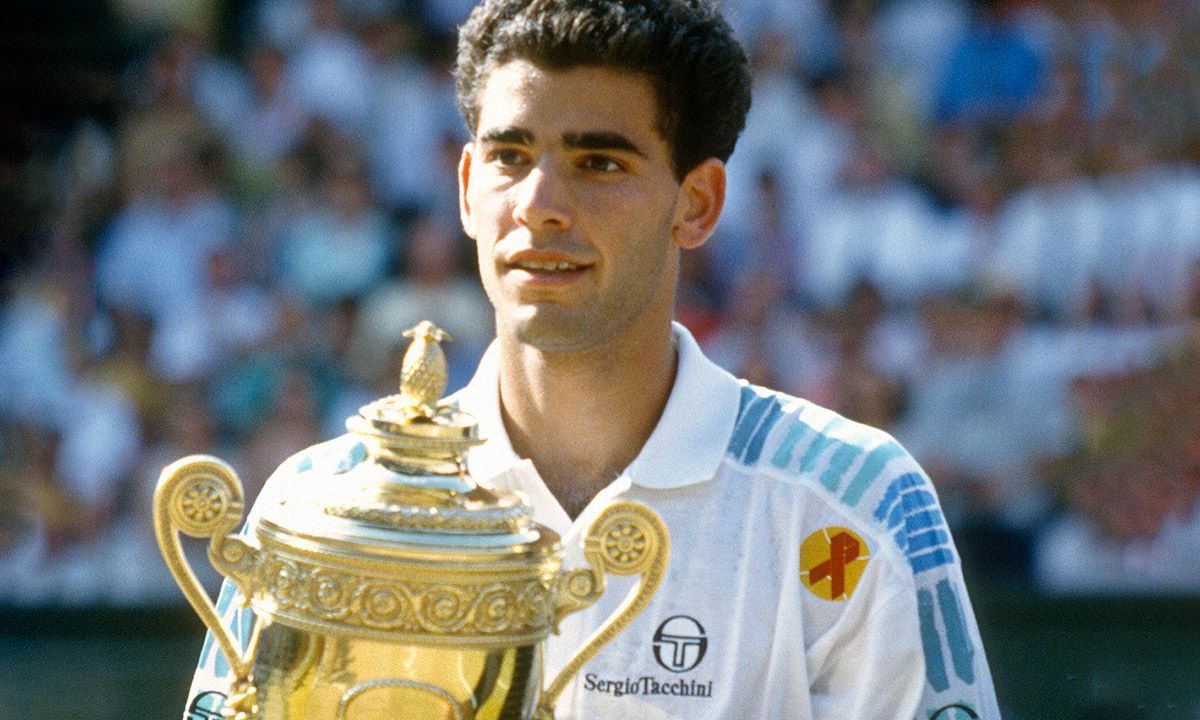 Wimbledon, the oldest tennis tournament in the world and by far the most prestigious, kicks off today. While most people will be concerned with the action on the pitch, for many of us at Highsnobiety, style is just as important.

When it comes to classic tennis fashion, it’s Andre Agassi – in all his neon-spandex denim shorts glory – who shines. His nemesis, Pete Sampras – you know the notoriously shy and boring guy who doesn’t tip servers – on the other hand, tends to go unnoticed. It shouldn’t be. In a new IG post, close friend of HS Olly Evans of Too Hot Limited highlights some of Pistol Pete’s best polo shirts (below) while still playing Sergio Tacchini in his early days. Sampras, of course, would end up signing with Nike (that deal ended in 2012), but not before serving up some fiery looks with the less advertised Italian label. Check out these classic models!

As Nike embraced its wild child, giving Agassi his own line, Challenge Court, Sampras became the face of Nike’s transformed Nike Court. Sergio Tacchini, meanwhile, is still going strong and was notably the supplier of Novak Djokovic before increasing the sticks for Uniqlo then Lacoste. Away from tennis, it remains a popular label in the UK, having been a staple of the casual scene since the 1980s.

Given Wimbledon’s notoriously strict all-white dress code (who remembers the days when they nearly banned Federer from wearing orange-soled sneakers?), It remains to be seen if Sampras would get away with such gear. Nowadays. Still, with the polo shirt having a bit of time right now, the Important Service American is reminded that there are many hidden gems in the aftermarket. Check out some of Evans’ best vintage tracks here, and find some alternative polo shirts below.