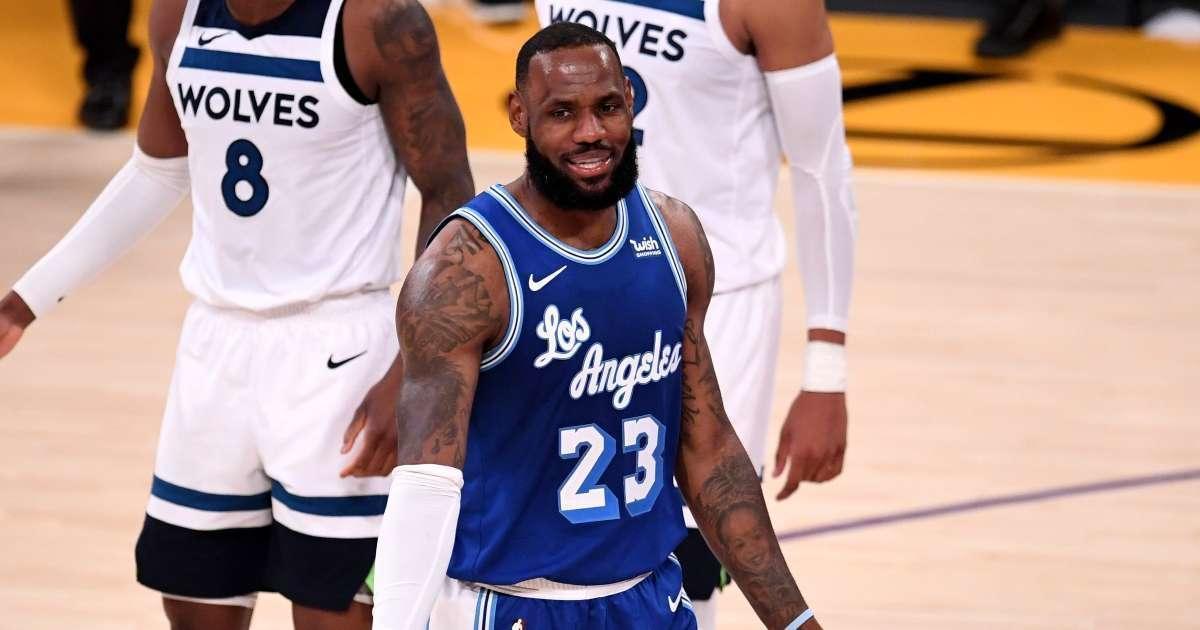 LeBron James is a huge fan of â€œStone Coldâ€ Steve Austin. On Tuesday, the Los Angeles Lakers star posted a photo of himself wearing a custom Austin 3:16 shirt to celebrate Austin 3:16 Day. James was seen wearing a black t-shirt that read LeBron 3:16 as he headed to Staples Center to prepare for the Lakers game against the Minnesota Timberwolves.

And to verify his fandom, James wrote a famous quote from Austin in the caption of the Instagram post. “‘And that’s the main thing, because Stone Cold said so!’ … Happy 3:16 people! ” Jacques wrote. The back of the shirt shows a smoking skull with James’ number 23 in the center. The shirt is similar to the famous Austin 3:16 shirt which has become a bestseller.

However, this isn’t the first time James has shown love in WWE. When James was playing for the Cleveland Cavaliers in 2016. He was seen wearing a classic Undertaker shirt practice. It was then that the Cavaliers faced the Golden State Warriors in the NBA Finals and were down 3-1 in the series. James’ outfit seemed to work as the Cavaliers rallied and beat the Warriors to win their first championship in team history.

In 2014, James received a personalized WWE Championship belt thanks to Dwayne “The Rock” Johnson. “Special thanks to [The Rock] for making my childhood dream come true! “James wrote in an Instagram post.” You have no idea how many sofas and old mattresses I jumped out thinking I was one of yours! U, Ultimate Warrior, Sting, Legion of Doom, Goldberg, and The Undertaker that I could watch all day and many more! I feel like a little child again. Thanks again.”

James was one of the many fans who celebrated Austin 3:16 Day as Austin was one of the most influential stars in WWE history. Austin 3:16 came from Austin after defeating Jake “The Snake” Roberts to claim the King of the Ring title in 1996. This victory skyrocketed Austin’s career as he became the face of Attitude Era. With Austin’s feuds with The Rock, Triple H, Shawn Michaels and Vince McMahon, WWE was able to win the Monday Night War with WCW. Austin was inducted into the WWE Hall of Fame in 2009.