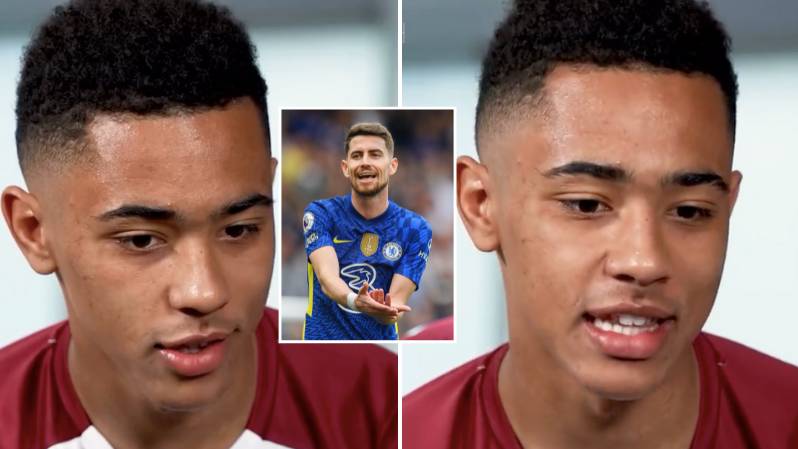 The 21-year-old enjoyed a breakthrough campaign in 2021/22, making 34 appearances in the Premier League and being voted Villa’s Player of the Season by his peers.

The young midfielder has become one of Villa’s most important players under Steven Gerrard and recently signed a contract extension in 2027.

But he told how Italy international Jorginho stomped on him after a game against Chelsea in the past season.

Chelsea won 3-0, Romelu Lukaku grabbing a brace either side of a Mateo Kovavic strike.

After the game, Ramsey wanted a memento from one of his opponents but was disappointed that Jorginho turned it down.

“So this season, against Chelsea at Stamford Bridge,” Ramsey revealed in a chat with Sky Sports.

“I asked for Jorginho’s shirt. He said no. To be fair, he said he had given it to someone else. But, we were literally outside the dressing room, so I thought he might take one. Clearly not!”

Ramsey’s story came in a feature film “Never have I” alongside bandmate John McGinn.

McGinn has revealed he unsuccessfully tried to get Eden Hazard’s shirt in an international match against Belgium.

He explained: “Scotland-Belgium, I texted JT [John Terry] – JT was a coach here. I wanted Hazard’s top. Hazard is a jokester and it’s been agreed – he says ‘just nod at me in the tunnel’.

“I was on the bench and gave him a little nod. I didn’t go up, I was an unused sub and waited in the tunnel. He already gave it to Stephen O ‘Donnel.’