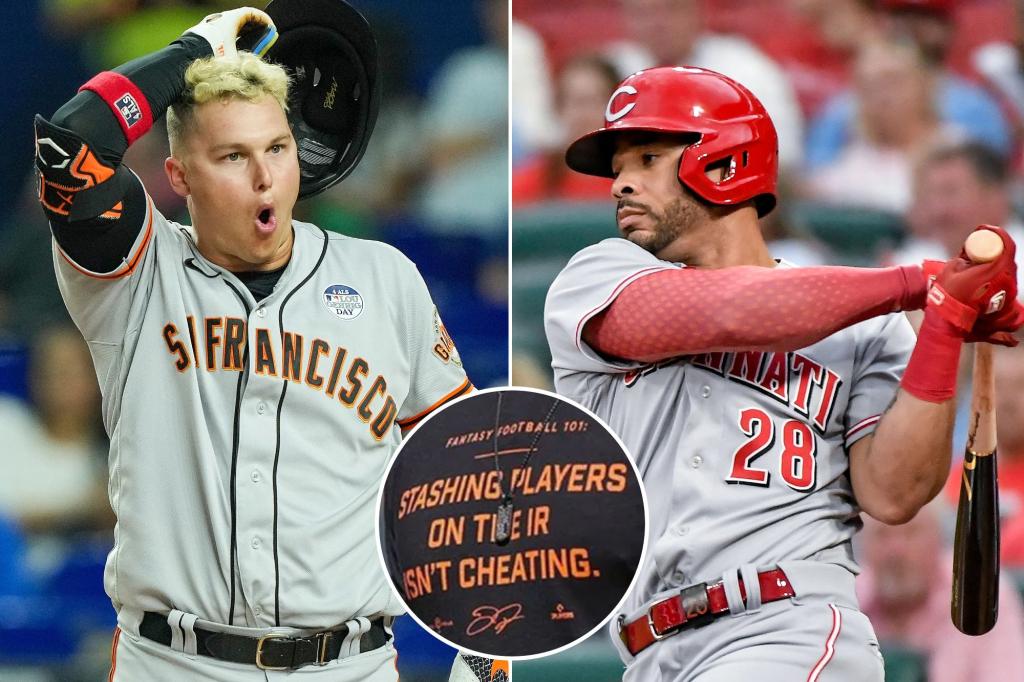 The fantasy football saga heard in the world of baseball has a new chapter.

During batting practice Monday, a number of the San Francisco Giants wore shirts that read, “Fantasy Football 101: Hiding players on IR is not cheating,” an apparent dig at the Cincinnati outfielder Reds Tommy Pham for his accusations against Giants outfielder Joc Pederson.

Pham, who brought controversy to the public eye by slapping Pederson in the face on May 27, took to Twitter to express his frustration with the shirts.

“They really played each other because now all I have to do is post the IR rules in the league and text how I told Joc I was going to pimp him slap him for cheating “, Pham wrotechallenging the logic of shirts.

Pederson, too, objected to the attire; the shirts bore a facsimile of Pederson’s signature, which he had not approved.

“It’s kinda messed up,” Pederson told the San Francisco Chronicle on Tuesday. “I don’t think it’s good to send things like I’ve succeeded or done something and have my autograph on it. I didn’t like that.

And so the shirts – unlike the feud – are now history.

“They ended up pulling them all out of the lockers and throwing them away,” Pederson said. “So yeah, they won’t work anymore. Guys thought they were funny and wore them there, but you never know how someone is going to take something. We are simply working to defuse a situation.

The Giants and Reds are set to tango again next weekend, leaving the door ajar for further brouhaha.