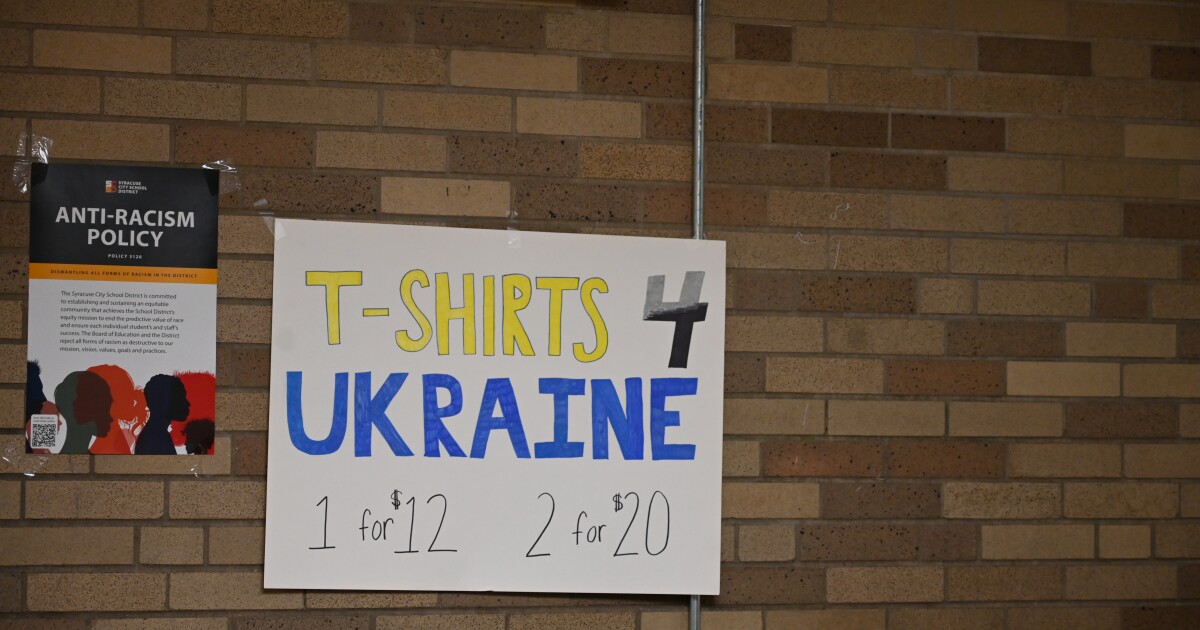 From pastries to t-shirts: how women’s volleyball is raising relief funds for Ukraine

“The shirts say ‘Slava Ukraini.’ In Ukrainian, it means ‘glory to Ukraine.’ A local Ukrainian told me the phrase originated in the early 1900s during one of their first revolutions to break away, and it stuck..”

Polsin told WAER News that the team has a clear connection to Ukraine.

“The photographer who gives his time to my team and does a professional photo shoot every year is Ukrainian. He and I became friends. My daughters wanted to do this to pay him back for all he does for us.

The photographer will send the money to the Ukrainian American Youth Association. Polsin said it’s part of her mission to make sure her athletes are more culturally aware, which isn’t too difficult at a school that has students from more than 160 countries. Rebecca Cowles, Junior and Volleyball Team Member, What happens in Ukraine can happen almost anywhere.

“They didn’t ask for that. If we can do that, we can show all the support we can. That’s really what we’re trying to do.