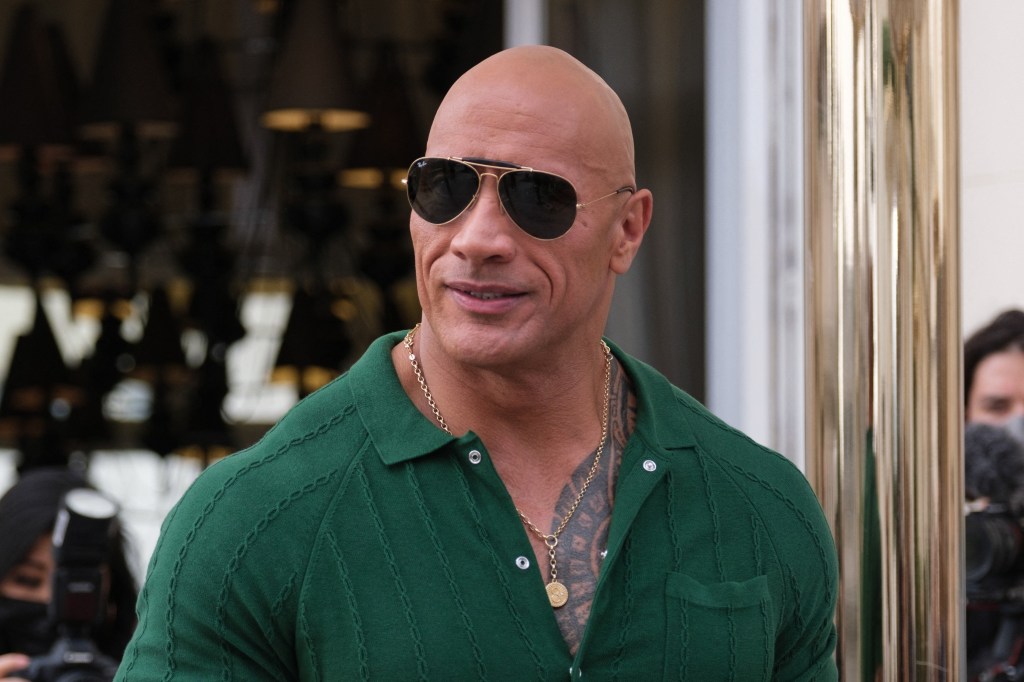 Dwayne “The Rock” Johnson arrived at the photo call for his new film “Black Adam” on Wednesday in Madrid wearing his version of the classic preppy polo shirt.

The actor wore an emerald green ribbed knit button-up polo shirt with a chest pocket by Percival and teamed it with navy tailored pants and a pair of black tassel loafers.

He accessorized with a unique pendant necklace from Foundrae Fine Jewelry, a pair of aviator sunglasses and a watch.

Johnson capitalizes on his role in “Black Adam” beyond his time playing the title character on screen. As part of his ongoing partnership with Under Armor for his Project Rock lifestyle brand, he released a special Project Black Adam capsule collection inspired by his fitness training for the film. The unisex collection includes workout shoes, sleeveless hoodies, sports bras, leggings, tanks and joggers, all featuring Black Adam’s signature black and gold color scheme.

In addition to these film and fashion endeavors, Johnson is also gearing up for the third season of his NBC television series “Young Rock,” which premieres Nov. 4. The show, for which Johnson serves as an executive producer, also sees him on camera playing himself. The series is based on his young life and sets up a frame story where he runs for president in the year 2032.