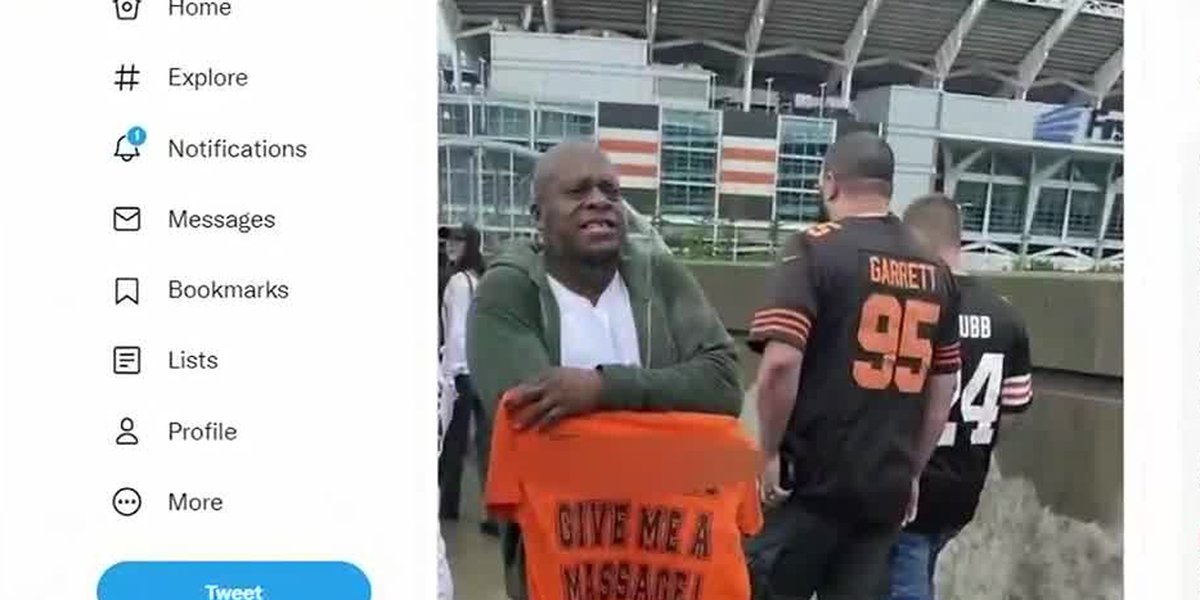 Some of the comments read: ‘Ban this guy from the premises’, ‘We don’t need this rubbish’ and ‘This is awful’.

Twitter users were reacting to a photo of a man apparently selling t-shirts outside First Energy Stadium which included profanity and said in part: “Give me a massage!”

Another photo showed a man and a young boy holding signs vulgarly.

“That photo of this gentleman and I guess his son was awful,” said McCarthy Lebit managing partner Rob Glickman.

The signs and posts have offended many people, including Glickman, but from a legal standpoint, he says there is nothing the Browns can do.

“If the Browns just banned them, I think they would consider legal action from the ACLU,” Glickman said.

For those who are outraged by these signs, not wanting your children to see them while playing, you have few options.

“Avert your eyes, it is,” Glickman said. “If you don’t like what’s on TV or the radio, change the channel. The other thing you can do, if you really want to protest, is not to go to the games.

We contacted the Browns about their policy on offensive shirts and signs, but never heard back.