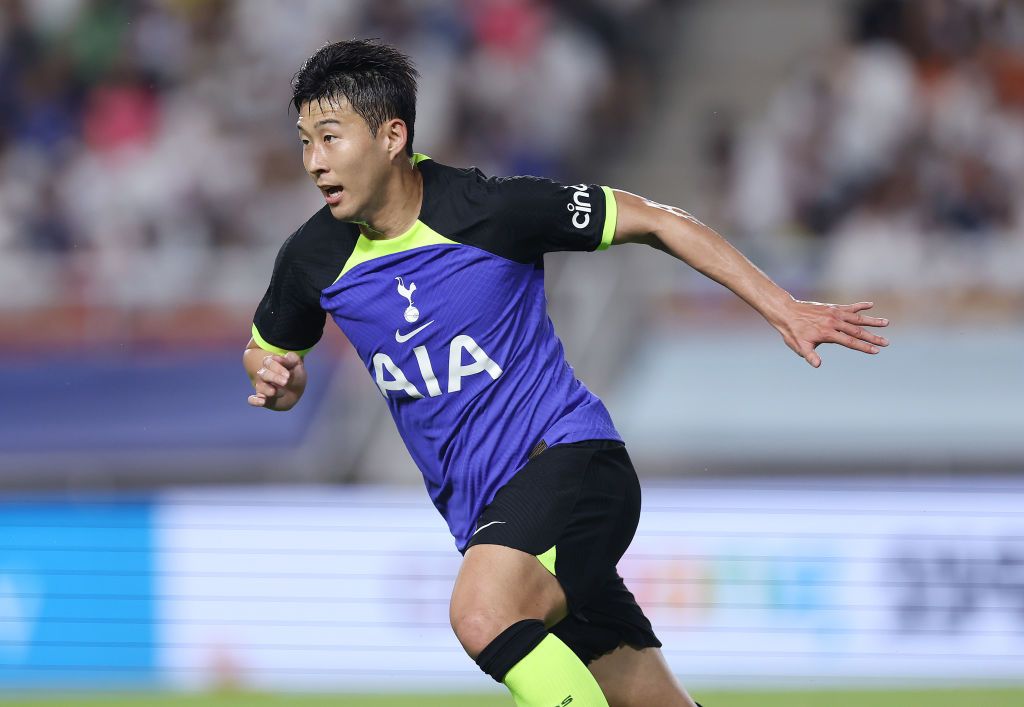 The worst football shirts of the season are often more memorable than the good ones, let’s face it.

Who can forget Manchester United’s streaky effort just a few seasons ago? The Aston Villa kit in which ‘DWS’ looked more like ‘COWS’? The Fiorentina jersey that was banned because the geometric pattern contained swastikas? Or any Liverpool jersey made Warrior?

Oh, how the mighty fall. Not Romelu Lukaku – but Inter Milan, believe it or not, were once the pinnacle of style.

They had the coolest badge in Italy and the coolest Pirelli sponsor. Now they have neither – and Nike provided them with a white and cyan away top this year that displays a map of the world. Where is Italy? Obviously, the ugly new “IM” insignia covers it entirely. Sure.

It’s not great, is it? Trying to do a black and red checkered jersey, Errea went with two different styles and mixed them together. Both only on the left half of the shirt, for some reason…?

Even Jeff Stelling himself wouldn’t be able to convince us that this is anything other than a monstrosity.

While some criticize football clubs’ Red Bull networks, we’re not here to judge how an energy drink can blatantly flout the hallowed rules of Bundesliga ownership. We will judge them for it, however.

The red spots on this shirt seem accidental at best, as Nike combined white and silver before deciding it needed something more and just throwing the accent color on the base of the shirt. It’s a good thing this club isn’t particularly popular anyway.

Once upon a time football shirts were released every two years, sometimes more. Kit makers haven’t had to frantically panic each season about how to reinvent something as simple as stripes just to come up with something new.

Those days are long gone in Turin. Over the past few years we’ve seen a half and half shirt, painted stripes, chunky stripes, thin stripes and now, stripes made out of little squares. It just looks silly. And the Jeep logo with lightning bolts doesn’t help matters.

This is possibly one of Nike’s worst designs, with the accented block on the front under the collar looking completely out of place. Giving this model to Spurs and filling it with purple, black and volt yellow is very lazy… and yes, it looks like a wetsuit.

All-over shirt designs are back in fashion after an era of super simplicity. But Levante, unfortunately, went too far.

The Valencians’ third shirt is modeled to look like frog skin. Yeah really. Above all, the Levante badge looks totally out of place on this one: one of the few examples where a monochrome badge would look much better.

Leeds had great yellow away kits. Leeds had some great blue kits. It’s neither.

Adidas combined the two colors the Yorkshire giants most often wear on the road and splashed them in a tie-dye mess. The Adidas badge, sponsor and logo all blend into the jersey itself and the design looks messy. Bring back the lilac, all is forgiven.

Apparently, Nike are struggling to sell Atletico Madrid’s new home kit, which incorporates stripes in the shape of the nearby Manzanares river. Sorry guys… but we can’t say we’re surprised.

It’s too weird: it’s not right. The new sponsor WhaleFin doesn’t look particularly cool either. Can everyone go back to doing normal stripes for a while please? We don’t know how much more of this we can handle.

Here has TFF, we’re big fans of Hummel’s production this summer. Everton’s home shirt is a stunning shirt that eschews silly, over-the-top designs for something simple and classy. But given that Everton have already the worst pink shirt (opens in a new tab) in Premier League history, seeking to beat it is…ambitious.

The weird pattern ruins the shirt – and that pale pink just doesn’t work with so much deep blue. The sponsor is particularly poor, while the badge almost disappears into the rest of the mess. Still, Alex Iwobi is the closest to succeeding. The man has style.

It had to be, didn’t it? Look at these sleeves. But wait, the rings around the sleeves mean something…

“Each band represents the average temperature for a single year, compared to the average temperature over the entire period; shades of blue indicate years colder than average, while red indicates years warmer than the average,” the Royals helpfully explain. “And the stripes on the home shirt specifically track climate change in Reading throughout Reading Football Club’s 151-year history.”

So this is a kit designed to shine a light on climate change – even if it ironically features a car leasing sponsor. And given that getting a new football shirt every season isn’t environmentally friendly either, there are mixed messages about it. It’s a good idea but not our cup of tea, guys.