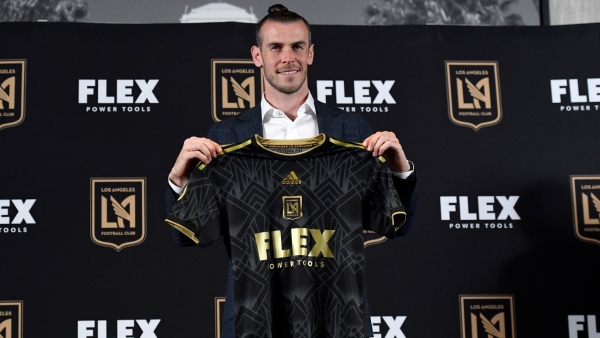 Bale signed for LAFC in June after leaving Real Madrid when his contract expired.

The Welsh winger, who turns 33 this week, has signed a one-year deal with the MLS side, although that contract could be extended until 2024.

With a World Cup campaign with Wales on the horizon in Qatar, Bale has the chance to stay at the top of his game in California, and he will be able to do so wearing his preferred shirt number – 11.

Bale wore number 11 for his country for over a decade, while he also wore it in his final season at Tottenham in 2013-14 and his first seven campaigns with Madrid.

With the number occupied by Erik Lamela when Bale returned to Spurs on loan in 2020, the striker took on number nine, as he was given number 18 last season for Los Blancos.

However, even though Cifuentes already wore 11 for LAFC, he was happy to hand it over to Bale.

Writing on his official Instagram account, Cifuentes said: “[Number] 11 has accompanied my career at LAFC since the beginning and although it is special and has an important meaning, I decided to give it to Gareth, who has been using this number for much longer than me.

“My interest is to contribute so that my teammates, the club and the fans feel supported by me and with this gesture I want to demonstrate it.

“Let’s stick together because we need each other to achieve the goals.”

Cifuentes has scored twice in LAFC’s last game, a 3-2 derby win over LA Galaxy, with only Carlos Vela and Cristian Arango having managed more MLS goals than the midfielder among his teammates so far in 2022.

Bale’s MLS debut is set to take place against Nashville later this week.