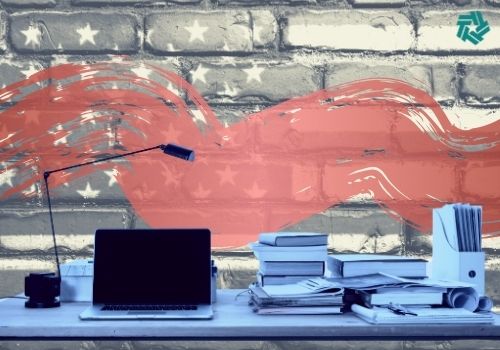 Among the multitude of press releases I receive every day, this one caught my attention.

It read in part:

“A global pandemic, prolonged remote working and learning, a rapidly changing economy, a tense socio-political environment and growing mental health challenges due to the unprecedented situation and associated uncertainty have created an environment conducive to stress and burnout, ultimately leading to high turnover, lack of productivity and negative health effects.

Among the multitude of press releases I receive every day, this one caught my attention.

It read in part:

“A global pandemic, prolonged remote working and learning, a rapidly changing economy, a tense socio-political environment and growing mental health challenges due to the unprecedented situation and associated uncertainty have created an environment conducive to stress and burnout, ultimately leading to high turnover, lack of productivity and negative health effects.

At 54 words, this sentence was worthy of a New York Times lead. The association issuing this statement did so to publicize the workshops it will hold for its members. They will receive guidance on “effective steps we can take immediately as individuals and organizations to move forward on a positive trajectory.”

The issue of over-stressed or burnt-out employees arises as organizations bring people back to the office. In part, the return itself adds to the stress people are already feeling. I’ve commented before, for many the ride itself is a stressor. There’s also the uncertainty of what evil germs are emerging from your new co-worker’s persistent hacking.

There are few reliable statistics on burnout. The term itself doesn’t really have a defined definition. This apparently applied for the first time to healthcare providers, the same people who bore the brunt of the mass occurrences of COVID-19. Burnout is something people know when they see it or feel it.

At an informal government-industry meeting the other night in downtown DC, from the moderator’s desk, I asked the approximately 80 people present if they had recently experienced the burnout or if they knew people who were. I would say two-thirds of the hands were up.

My panel discussed how managers will manage the future of work. Mainly, the rules of yesteryear, i.e. pre-pandemic, have evaporated. People who used to be full-time office workers now have to deal with mixed working lives.

Burnout, I now think, can result from an accumulation of relatively small factors in the mix. For example, the dress code. At the downtown rally, people showed up dressed in everything from polo shirts to suits and ties. Flat shoes with open toes and high heels. In fact, beforehand, an exchange of emails between me, the panelists and the organizers discussed what to wear. My contribution was “no loincloths”.

One panelist, a well-dressed federal tech executive, said he donned the suit for the first time in two years, primarily because he had a meeting with an assistant secretary earlier in the day.

People regularly turn to t-shirts or hoodies, with the proverbial basketball shorts below. Does that make these clothes acceptable for the office two or three days a week? What if you show up in an open-necked shirt and slacks, but a colleague or boss shows up in a suit and tie or business dress? Or vice versa?

Working hours are also sources of stress. The Blackberry started cleaning up the business/personal line when it made email available 24/7. The pandemic has blurred the line even more. The IT manager said he’s started scheduling the emails he composes outside of 9-5 hours, so they won’t go out until the next morning – just so people don’t succumb to the feeling like they have to respond to emails at night or elsewhere.

Ironically, the commute tended to force people off work and back home, preventing meetings from dragging on — or starting at 5 p.m., especially if someone had to take that VRE train.

Another panelist, an IT manager in a large component of a large department, said the future of work will require much more attention to the human side of things, including mental health, given the proliferation of digital distractions. She also said it involved letting people have some wiggle room when it comes to when they work. Whether it’s the furnace or a sick child, we now know people will get the job done even if the hours get blurry.

My panelists also said leaders need to resist the expectation that people will be working all the time, simply because remote working and the technology that comes with it make it possible.

My take on that last point: sometimes something big happens and the work can stretch almost 24/7. I spoke to two Service to America Medalist finalists just yesterday. The State Department’s Holly Herrera and Hilary Ingraham, along with Kiera Berdinner, have created an entire branch to deal with the resettlement of refugees from Afghanistan. After the Taliban takeover, they started arriving at the rate of 3,000 a week. They said the branch was a “round-the-clock effort involving half a dozen other agencies.” Incredible work.

We’ve heard similar stories from agencies that had big, sudden tasks due to federal pandemic spending.

But people can only endure this for so long. An aircraft can maintain takeoff power for as long as it takes to reach altitude, but the engines will shut down prematurely unless the pilot returns the throttles to the cruise position. If you are a pilot, take care of your engines.

One more word. That aforementioned email cited the “tense socio-political environment.” The country is politically torn in two, the stock market is in crisis and there is no infant formula. Ukraine, the Supreme Court debate, the Buffalo supermarket shooting, damn it! None of these things are under a manager’s control, of course, but they add to the general level of anxiety. All the more reason to make work a refuge.

A word of advice: spend some time unsubscribing from mailing lists. In the media, we get everything. Including nasty emails from supporters of all persuasions. Everyone but the sender, they say, is extreme, anti-democracy, hateful blah blah blah. Often they want money. I delete them with extreme prejudice before opening them. The sheer volume of it can hurt the mind. Rather than cleaning it up, it is better to prevent it in the first place.

KDKA in Pittsburgh’s first commercial radio station. It was broadcast on the evening of November 2, 1920

50 years later, the polo shirt is still a closet favorite