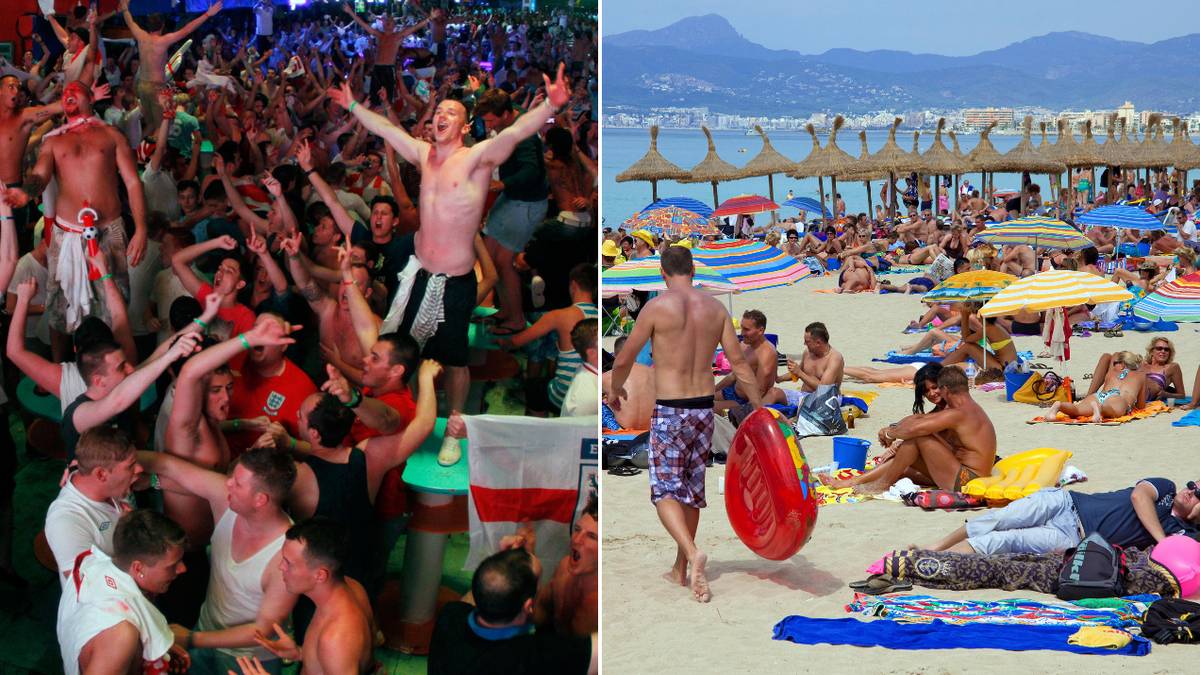 Reports say many locals are growing tired of so-called “drunken tourism,” leading to calls for stricter dress codes across the board.

The decision by a group of resort owners to impose a dress code is expected to annoy many British holidaymakers planning trips to the Spanish island later this summer.

Items on the prohibited clothing list include strapless tank tops, swimsuits, bathing suits and any accessories purchased directly from street vendors. [like glow in the dark hats] and the aforementioned football shirts, reports the Mirror.

A total of 11 restaurants are set to implement the new dress rules, all of which are associated with the Palma Beach brand.

Customers would be cross-checked with QR codes upon arrival at said restaurants, which can verify that the dress code is being adhered to.

However, despite the rules being put in place at the very start of this summer, many business leaders in the region are already wondering how effective the ban will be in tackling rowdy and drunken behavior.

Temperatures have soared across Europe this month, with parts of Spain hitting 40C, leading many to wonder why anyone would willingly arrive at seaside resort restaurants wearing shirts and buttoned pants.

According to Juanmi Ferrer, CEO of Palma Beach, the drunken behavior of holidaymakers has worsened in recent years, leading to drastic measures by restaurateurs.

“The situation on public roads is worse today than in 2017, 2018 and 2019. We already consider the lost season in terms of controlling incivility,” he said recently.

“We need the support of the authorities because neither businesses nor residents can stop it.”

However, Ferrer adds that the measure is not hostile to British tourists, but rather is taken to try to “re-educate” people through “friendly means of communication”.

To that end, he maintains that there will be some flexibility during the day when it comes to certain clothing items, although the “no tolerance” policy remains in place at night.

Thousands of Britons travel to Mallorca each year, with tourism being vital to the island’s economy.

Regarding the drunkenness disorder at the resort, concerned hotel guests told Spanish newspaper Diario de MaJorca that police were unable to stop street parties or “big groups of tourists who only want to get drunk on the public highway, in the front line or even on the beach’.

Pedro Marín, director of Palm Beach, added that these tourists usually book very little in advance, stay three or four nights and spend around 30 or 40 euros a day: “Usually on alcohol and cans of beer that they consume while drinking in the street.

“They arrive in hotels in the morning and cannot even walk, they are completely drunk and even their companions leave them alone, lying on the sidewalk.”