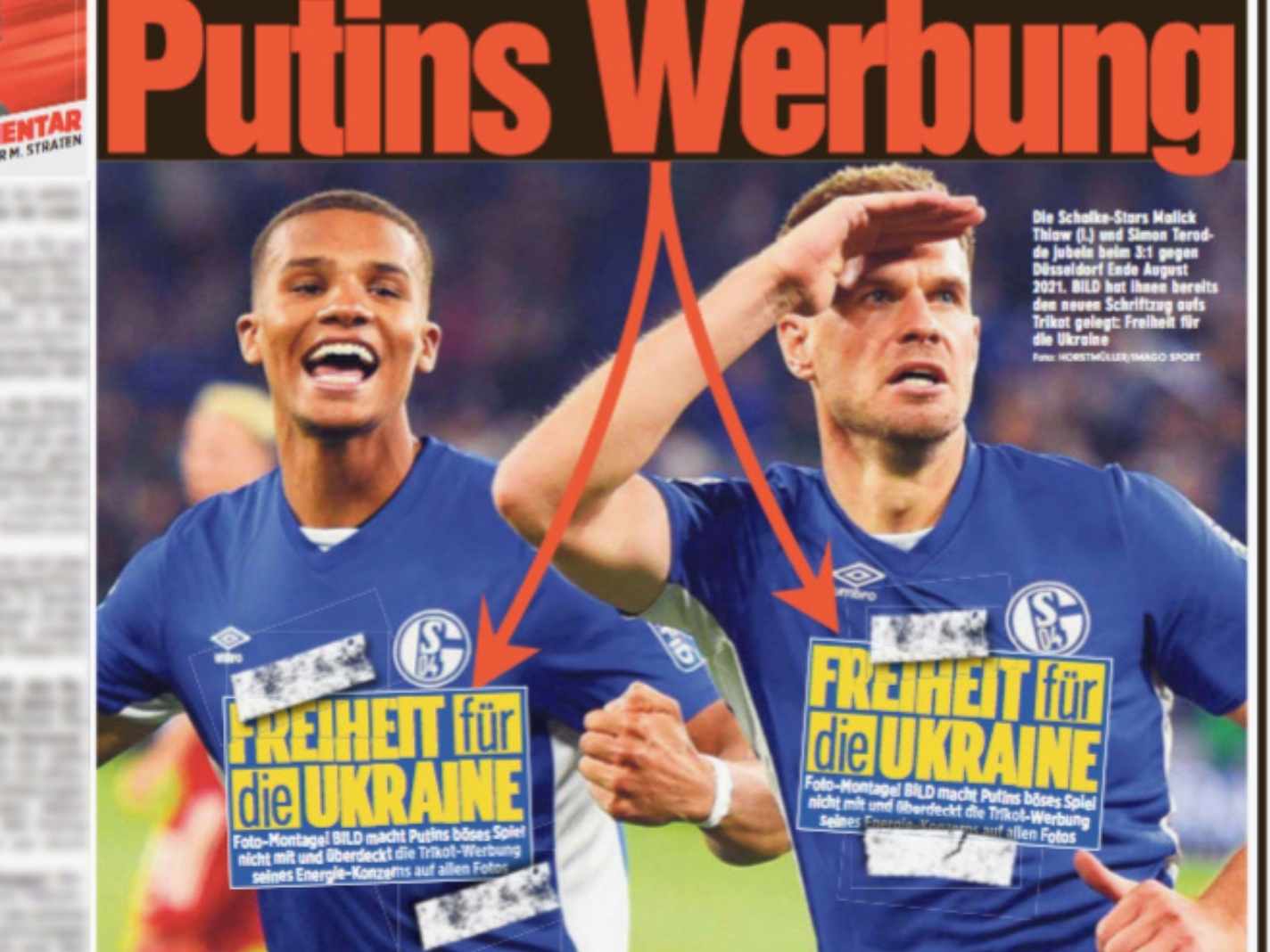 The Russia-Ukraine crisis has even impacted the footballing world, with Britain and other European nations calling for the Champions League final to be moved from its current venue in St Petersburg.

German side FC Schalke 04 are also being criticized for their long-running shirt sponsorship with Russian energy multinational Gazprom.

In response, the club issued a declaration relaying that they would monitor the situation and also reiterated their commitment to peaceful coexistence.

However, the German press took matters into its own hands when the BILD newspaper blocked the name of the sponsor by replacing it with slogans “Freedom for Ukraine” in the latest editions of the newspaper.

German newspaper BILD concealed photos of Schalke shirt sponsor Gazprom (the Russian company that has been a partner since 2007) with the words “Freedom for Ukraine”. pic.twitter.com/UZ5o1e7TBj

The newspaper initially received applause from the football community for its bold and swift response to development and for its attempt to sever the ties of the evolving crisis with football at this early stage.

However, with the same rapid speed, the action has also come under scrutiny after fans discovered and shared images which show the BILD website continuing to sell Schalke shirts with the sponsor’s title. Russian still intact.

The newspaper continues to face backlash for its hypocritical behavior in light of this recent revelation. There has been no comment or statement yet from the German newspaper regarding this latest revelation.

BILD director Walter Straten was right to say that football couldn’t stand watching a nation declare war. However, his words lost the meaning they carried following the exposure of the money mentality behind the scenes.