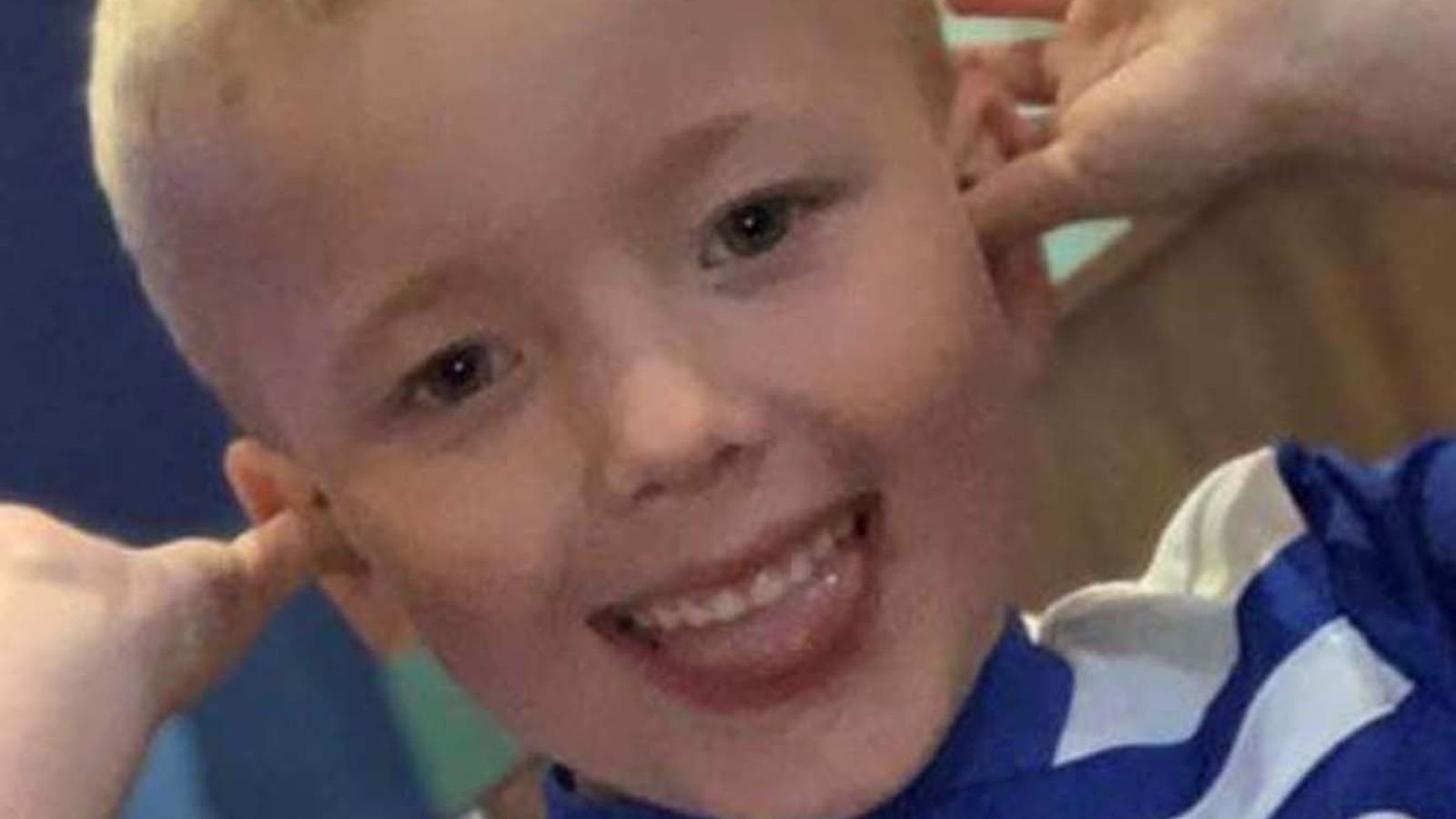 A “stalker” father accused of aiding and abetting his son’s murder cut off his favorite football shirts in front of his face, a court has heard.

His partner, Emma Tustin, 32, is accused of causing the boy an insurmountable brain injury by shaking him and killing him to death while they were staying at her house.

Hughes, 29, of Stroud Road, Solihull, denies aiding and abetting the murder. Tustin denies the murder but has admitted one count of child cruelty.

The two also allegedly forced Arthur to eat salty meals and isolated him for months in abuse that prosecutors have compared to “torture”.

Tustin had previously claimed that the boy’s brain injury was self-inflicted – possibly by throwing himself down the stairs in her hallway, where she said he was forced to spend “12 to 2 p.m.” day, seven days a week.

The court had previously heard that the six-year-old looked “broken” just weeks after moving into Tustin’s house in Cranmore Road, Solihull, during the first lockdown.

He said he hadn’t seen his son do that, but punished him anyway.

Mary Prior QC, Tustin’s lawyer, asked if he had cut both Birmingham FC tops “in front of his face?”

â€œI would have, yeah,â€ said Hughes.

“Do you agree that this is mean and cruel?” Asked the lawyer. â€œYes,â€ he replied.

The jury heard that Hughes had also “ripped Arthur’s favorite blanket” and tossed it in the trash, and had previously heard that he had also removed his son’s favorite teddy bear on another occasion. .

The boy also did not have a bed on the property and had to sleep on the living room floor and watched by CCTV.

At the time, Arthur also agreed to be told that his birth mother had been jailed for killing her boyfriend.

Teachers described noticing a change in the normally happy boy in late 2019, about six months before his fatal collapse on June 16, 2020. Arthur died the next day.

Hughes was not present for the alleged fatal assault. In addition to being charged with aiding in the murder, he faces three charges of child cruelty.