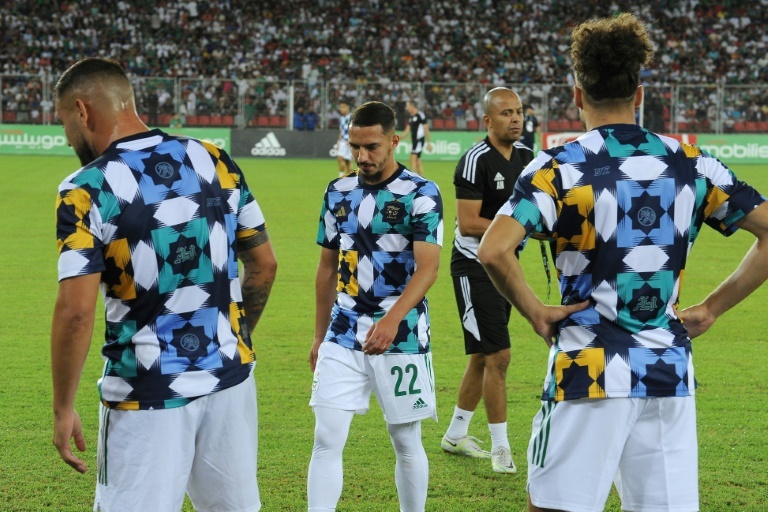 Last month, Rabat asked Adidas to remove the new topsaccusing him of appropriating “Moroccan cultural heritage” due to the use of a model known as “zellige”, common in Moroccan ceramic mosaics. A lawyer acting for the Ministry of Culture demanded the withdrawal within two weeks of the jerseys which he said were “inspired” by colorful Moroccan patterns.

Adidas reported on Friday a “positive resolution” of the dispute following discussions with the ministry, and the tops, worn by the Algerian team for pre-match warm-ups, will not be removed. “The design is indeed inspired by the pattern of zellige mosaics, and was at no time intended to offend anyone,” the company said in a statement. “We would like to express our deep respect to the people and craftsmen of Morocco and regret the controversy around this case.”

Mourad ElAddithe lawyer for the Ministry of Culture, welcomed the news, saying that the the case highlighted “the importance to defend our cultural heritage and the ancestral know-how of Moroccan craftsmanship”. But there was signs of new problems for Adidas – Local media in Algeria have reported that the country’s football federation is unhappy with the sports giant and is considering terminating its contract with them.

An Adidas spokesperson said he would not comment on press speculation. On September 23, Adidas posted on Twitter a photo of the Algerian national team’s new jersey for the 2022-2023 season which she said was “inspired by culture and history”. The design, according to Adidas, was inspired by the Mechouar Palace in Tlemcen, in northwestern Algeria. Links between Moroccowho qualified for the World Cup final which will start in Qatar next month, and Algeriawho did not, have long been fragile.

The neighbors are disagreeing over disputed territory of Western Sahara, where supporters of Algiers The Polisario Front wants independence of the reign of Rabat.